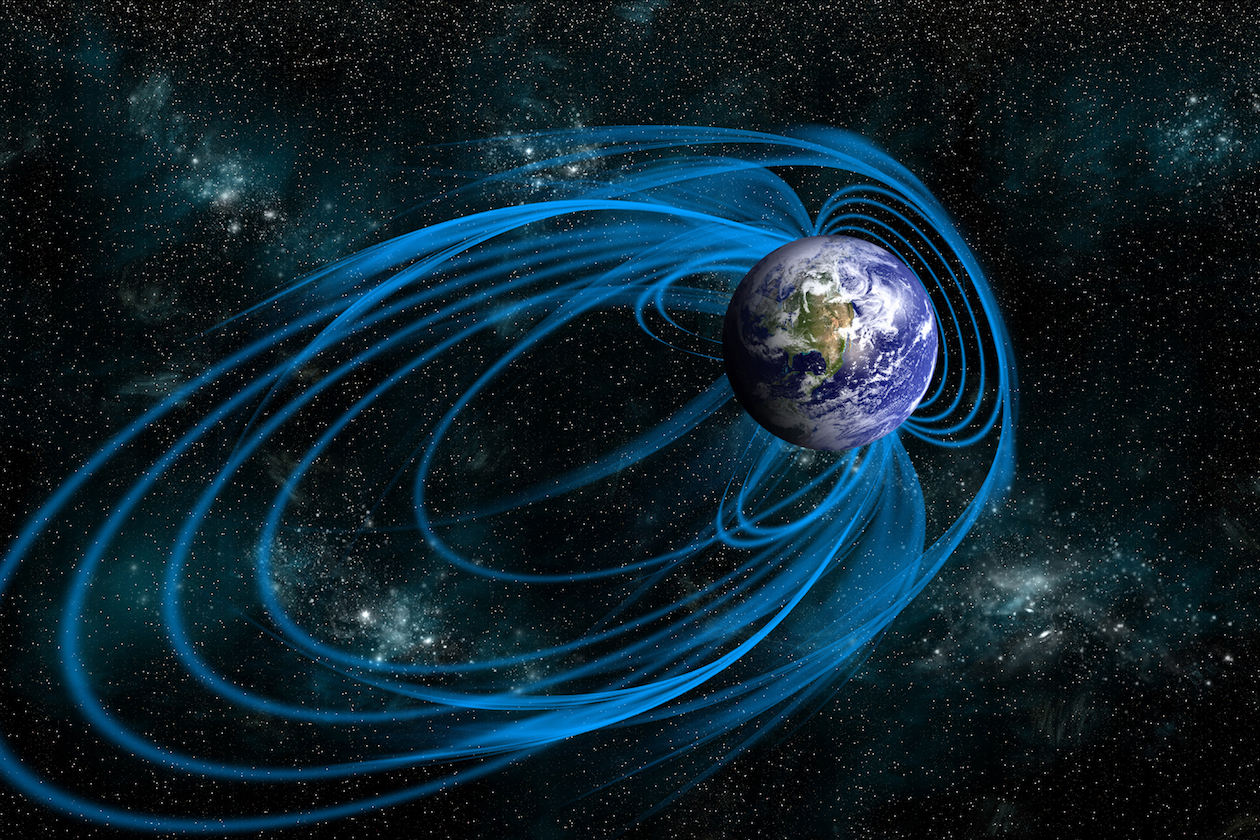 The Earth’s magnetic field is in a constant state of flux and every couple hundred thousand years or so, the poles undergo a complete reversal and flip.

Throughout Earth’s history the poles have flipped many times and as NASA points out, pole reversals are the “rule not the exception.”

As a result, it’s not really a matter of if the poles will flip but when, and since we’re long overdue (roughly over 700,000 years) for a flip, many researchers are weighing on when the next flip may occur.

A new study examining previous magnetic pole shifts through cave stalagmite samples found that a flip can occur within a matter of centuries.

More attention has been paid to the Earth’s magnetic field because there is speculation that a flip may happen sometime in the near future.

According to a piece in The Conversation, the Earth’s magnetic poles are weakening and the strength of the magnetic field has been decreasing over the years.

If a pole shift were to occur in our lifetime, researchers from the Australian National University recently discovered that, based on previous shifts, it could happen over the span of a century or more.

The researchers collected and analyzed stalagmites from a cave in Southwestern China in order to map the paleomagnetic record form 107,000 to 91,000 years ago, according to the Daily Mail.

Using both radiometric dating and magnetic analysis of a long stalagmite sample, the researchers discovered that the Earth’s magnetic field previously underwent a rapid reversal over a period of two centuries.

The study provides important insight into the history of the Earth’s magnetic field and could help predict when the next flip will happen.

If the poles were to flip in the immediate future, it could have devastating consequences. The Earth would be exposed to high concentrations of dangerous solar radiation and the Earth’s electric grid could go dark causing trillions of dollars in damage.

That’s why it’s important to be as prepared as we can for an imminent flip.

“Hopefully such an event is a long way in the future and we can develop future technologies to avoid huge damage, where possible, from such events,” Professor Roberts from the Australian National University’s Research School of Earth Sciences told the Daily Mail. “The record provides important insights into ancient magnetic field behavior,’ Professor Roberts said, ‘which has turned out to vary much more rapidly than previously thought.”