Earth’s oceans are on track for a catastrophic extinction event • Earth.com 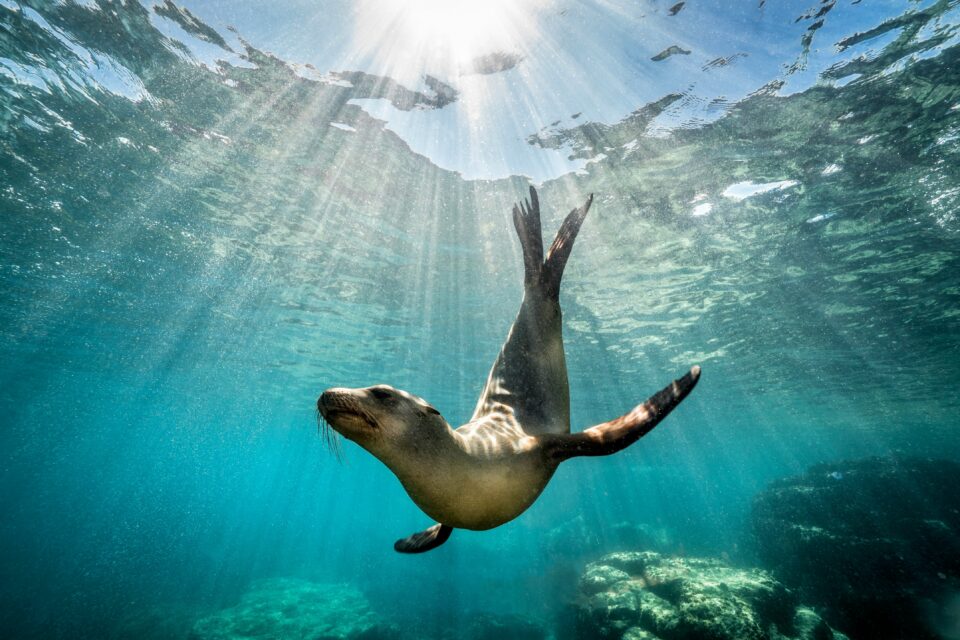 Earth’s oceans are on track for a catastrophic extinction event

According to a new study, if climate change continues to accelerate, it could lead to a loss in biodiversity that would rival history’s biggest mass extinction events.

The Earth’s climate is impacted by anthropogenic greenhouse gases that are released into the atmosphere, increasing the risk of extinction among many species. Climate change impacts on biodiversity are difficult to observe, especially in the world’s vast oceans.

Marine species face many direct impacts from human activity, including habitat destruction, overfishing and pollution. These impacts are further exacerbated by ocean warming and oxygen depletion caused by climate change.

The future of life in the ocean is unclear. To better understand the future of our oceans, the researchers used ecophysiological modeling to evaluate a species’ physiological limits under projected marine temperature and oxygen conditions. This allowed study authors Justin Penn and Curtis Deutsch to evaluate the extinction risk for marine species across climate warming scenarios.

This approach found that under “business as usual” projections, global temperature increases, and marine ecosystems across the world are likely to experience mass extinctions. The size and severity of such a mass extinction could rival that of the end-Permian extinction 250 million years ago  – the “Great Dying” – which led to the demise of more than two-thirds of marine animals.

Penn and Deutsch’s modeling revealed patterns in future extinction risk. For example, while tropical oceans are expected to lose the most species under climate change, many species will likely migrate to higher latitudes, seeking more favorable conditions to survive.

Sadly, migrating isn’t an option for the world’s polar species. The study projects that polar species are very likely to go extinct as their habitats will disappear from the planet entirely.

“Climate change is, in effect, walking species off the ends of the Earth,” wrote Malin Pinsky and Alexa Fredston in Related Perspective.

On the other hand, the study also suggests that reducing or reversing greenhouse gas emissions could reduce extinction risks by as much as 70 percent.

“With a coordinated approach that tackles multiple threats, ocean life as we know it has the best chance of surviving this century and beyond,” said Pinsky and Fredston.