Since 1970, Earth’s wildlife populations have declined by 60 percent • Earth.com 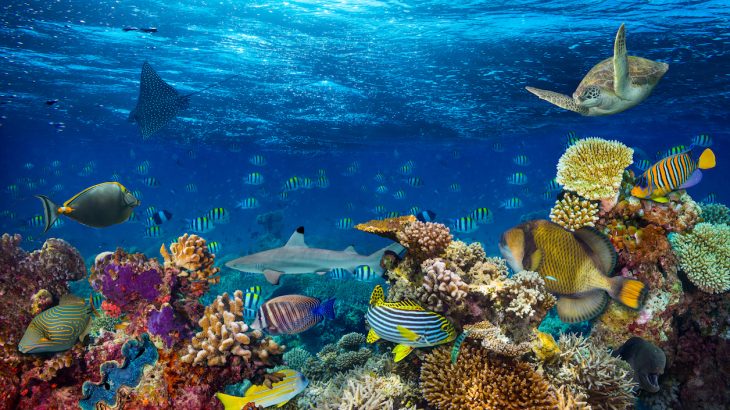 Since 1970, Earth’s wildlife populations have declined by 60 percent

The World Wildlife Foundation (WWF) recently released its Living Planet Report for 2018 and it has revealed some startling findings.

Human activity is prompting extinction rates like never before, and global wildlife populations have dropped by 60 percent in 40 years. The biggest threats to biodiversity and species’ survival have been overfishing and deforestation.

Our consumption of natural resources, greenhouse gas emissions, and sprawls of urban and agricultural development are causing drastic declines in mammal, bird, fish, reptile, and amphibian populations around the world.

According to the report, in the past 30 years, Earth has lost about half of its shallow water corals. One-fifth of the Amazon, one of the most richly biodiverse regions on Earth, has been lost over the past 50 years.

90 percent of seabirds have plastic in their stomachs today, and African elephants in Tanzania have declined by 60 percent due to ivory poaching.

The window of time we have to act and reverse catastrophic declines is quickly closing in.

“This report sounds a warning shot across our bow,” said Carter Roberts, the president and CEO of WWF-US. “Natural systems essential to our survival—forests, oceans, and rivers—remain in decline. Wildlife around the world continue to dwindle. It reminds us we need to change course. It’s time to balance our consumption with the needs of nature, and to protect the only planet that is our home.”

“We are the first generation to know we are destroying our planet and the last one that can do anything about it,” Tanya Steele, the WWF Chief Executive in the UK, added in a statement.

Humanity is reliant on Earth’s resources, but the report shows how poorly we are managing them.

The WWF has called for a global deal to help conserve biodiversity on Earth.

196 nations that are part of the Convention on Biological Diversity have been urged to consider developing conservation targets to help stem the tide of wildlife loss.

“If we want a world with orangutans and puffins, clean air and enough food for everyone, we need urgent action from our leaders and a new global deal for nature and people that kick starts a global program of recovery,” Steele told the Daily Mail.