Eat a pie, or throw one, it's National Pi Day! • Earth.com 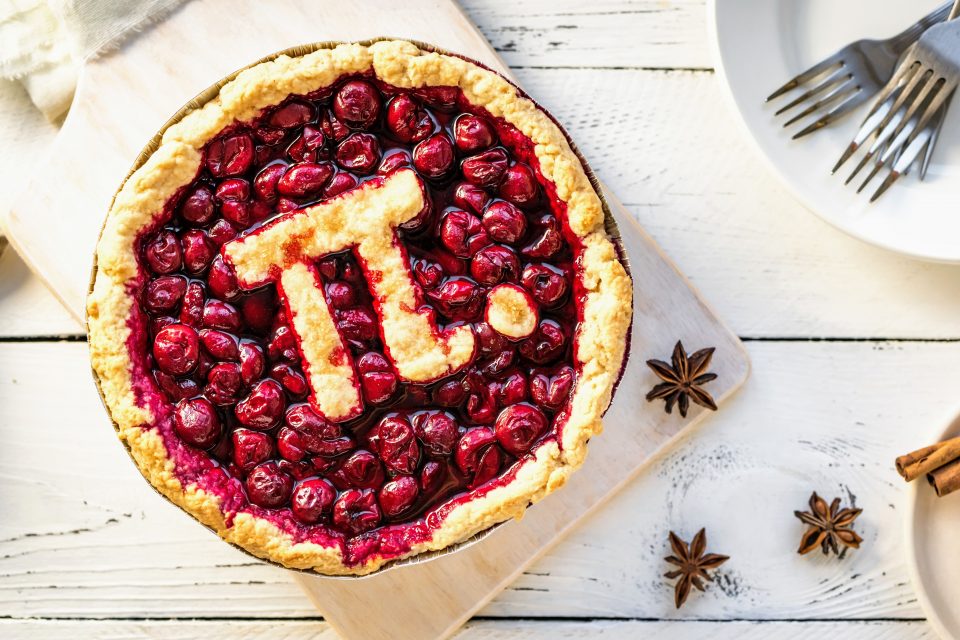 Eat a pie, or throw one, it's National Pi Day!

Today marks the annual celebration of the mathematical constant pi, which is named after π, the sixteenth letter of the Greek alphabet. National Pi Day is honored with many different traditions that involve eating pizza and fruit pies, or even throwing them.

Pi represents the ratio of a circle’s circumference divided by its diameter. Since this ratio is the same for any circle, no matter its size, pi is essentially attached to the idea of circularity.

In 1988, the first known Pi Day was organized by physicist Larry Shaw at the San Francisco Exploratorium. Each year, members of the public join the Exploratorium staff to march around in circles and eat pie.

In Princeton, New Jersey, numerous events are held on March 14 to celebrate π and Albert Einstein’s birthday, including a lookalike contest. In 1932, Einstein was recruited directly from Europe to work at the Institute for Advanced Study in Princeton, where he conducted research up until his death in 1955.

It is interesting to note that while Einstein was born on Pi Day, another famous scientist died on the same day. Theoretical physicist Stephen Hawking died at the age of 76 on March 14, 2018.

The exact value of pi is impossible to express because it is an infinite decimal with no ending, but it is typically written as 3.14. The ubiquity of π is fascinating and mysterious, with the earliest textual evidence of its existence dating back to 1900 BC. Experts note that pi is beyond “universal” because π lives not only in this universe, but in any conceivable universe.

“What is astonishing about π is that it appears in many different mathematical contexts and across all mathematical areas,” wrote Daniel Ullman of George Washington University.

According to Live Science, pi’s ubiquity goes beyond math, and seems to pop up everywhere in the natural world too.

“It appears everywhere there’s a circle, of course, such as the disk of the sun, the spiral of the DNA double helix, the pupil of the eye, the concentric rings that travel outward from splashes in ponds.”

“Pi also appears in the physics that describes waves, such as ripples of light and sound. It even enters into the equation that defines how precisely we can know the state of the universe, known as Heisenberg’s uncertainty principle,” explained the report.

If you need some ideas on how to celebrate this international holiday, check out some of the exciting activities that will be hosted by the Exploratorium, including a “round” table and listening party.