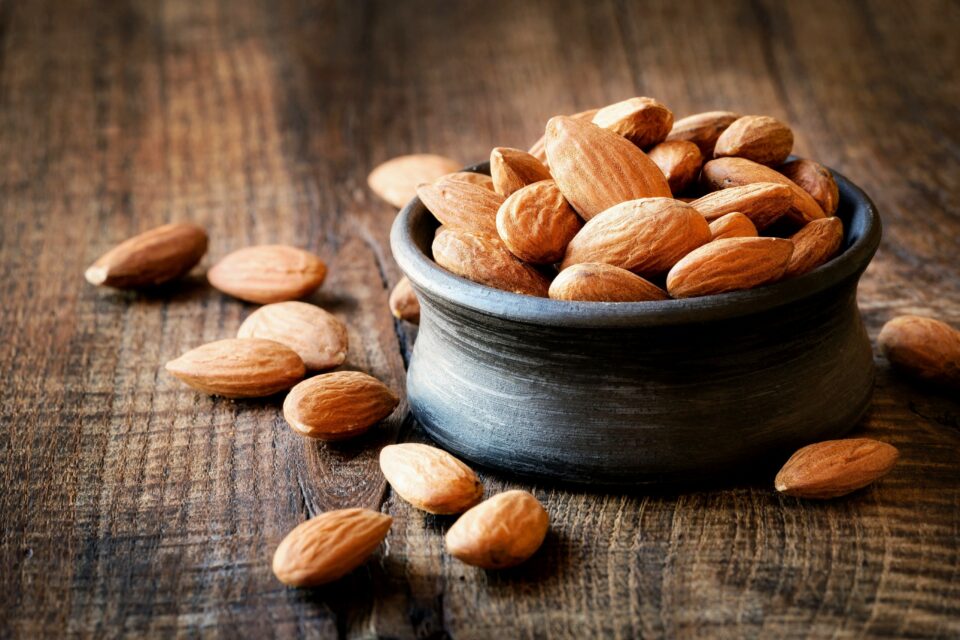 The incidence of being overweight or obese is on the increase throughout the developed world and this has far-reaching implications for individual health and for public health services. In this light, it is important to understand the mechanisms that regulate eating behaviors, in order to help limit calorie intake and assist with weight management. Long-term weight control is achieved by balancing energy intake with energy expenditure, but it seems that not all foods are equal when it comes to their effect on energy intake.

Previous studies have suggested that eating nuts on a regular basis may help to reduce the risk of obesity. Nuts are nutrient dense, with high levels of protein, fiber, and unsaturated fatty acids, while their carbohydrate content is relatively low. It is possible that this nutrient profile has the effect of making a person feel more satiated after eating nuts, thereby contributing to a subsequent voluntary reduction in calorie intake.

In a recent randomized controlled trial, researchers compared the effects of eating 30–50 grams of almonds or a carbohydrate-based snackbar on the levels of appetite-regulating hormones, the self-reported feeling of hunger, and the subsequent short-term energy intake. The experts hypothesized that almonds would have favorable effects on appetite-regulating hormones and self-reported appetite ratings, leading to a reduction in subsequent energy intake compared to the carbohydrate-based snack.

The study was conducted between January 2019 and March 2021 in the research facilities of the Alliance for Research in Exercise, Nutrition and Activity Centre (ARENA) at the University of South Australia, Adelaide. A total of 140 overweight or obese participants, between the ages of 25 and 65, took part in the trial. After an overnight fast, they were randomly assigned a snack of almonds or a snackbar, and levels of their appetite-regulating hormones were measured before eating, as well as 30, 60, 90 and 120 minutes after eating.

In addition, a subset of participants (49 who ate almonds and 48 who consumed a snackbar) were then offered a buffet from which they could help themselves ad libitum. Their energy intake during this buffet was assessed by the researchers, and blood levels of appetite-regulating hormones were analyzed after a further 150 minutes.

The results, published in the European Journal of Nutrition, showed that people who ate almonds had 47 percent lower C-peptide responses (which can improve insulin sensitivity and reduce the risk of developing diabetes and cardiovascular disease). They also had higher levels of glucose-dependent insulinotropic polypeptide (18 percent higher), glucagon (39 percent higher), and pancreatic polypeptide responses (44 percent higher). Glucagon sends satiety signals to the brain, while pancreatic polypeptide slows digestion, which may reduce food intake, both of which potentially encourage weight loss.

Dr Sharayah Carter from UniSA’s ARENA noted that the research provides valuable insights for weight management. “Rates of overweight and obesity are a major public health concern and modulating appetite through better hormonal response may be key to promoting weight management,” said Dr. Carter. “Our research examined the hormones that regulate appetite, and how nuts – specifically almonds – might contribute to appetite control.”

In addition to having a positive effect on appetite-regulating hormones, the nuts also appeared to affect the participants’ subsequent energy intake. Those who consumed almonds – as opposed to an energy-equivalent carbohydrate snack – chose to take in less energy (an average of 300 kJ less) at the subsequent buffet meal. Although this difference was a statistically significantly result, it does represent a decrease, which could lead to meaningful clinical changes over time.

“We found that people who ate almonds experienced changes in their appetite-regulating hormones, and that these may have contributed to reduced food intake (by 300kJ),” said Dr. Carter. “Even small, positive lifestyle changes can have an impact over a longer period. When we’re making small, sustainable changes, we’re more likely to be improving our overall health in the long run.”

Similar effects on appetite-regulating hormones have been recorded in previous research on people who ate walnuts and pistachios, indicating that the high levels of protein, fiber, and unsaturated fatty acids in these nuts may contribute to their satiating effects. Nuts also contain less carbohydrate, which results in lower insulin and C-peptide responses when compared to carbohydrate-rich foods. This may have implications for preventing the development of both diabetes and cardiovascular disease, due to improved insulin sensitivity.

However, the results show no evidence that eating almonds resulted in a difference in self-reported appetite sensations (feelings of hunger, fullness, satisfaction) when compared with eating a snackbar. The researchers point out that not all appetite-regulating hormones responded to the consumption of almonds, and that levels of cholecystokinin, ghrelin, glucagon-like peptide-1, leptin and polypeptide YY were not significantly different between the two groups of participants. They feel that this may explain why participants did not experience differences in feelings of fullness or satisfaction.

The researchers state that appetite regulation is complex and that the population evaluated in the study had BMIs in the overweight to obese range, which means they may have manifested resistance to appetite-regulating hormones. They would like future research to investigate differences in response between people in a range of weight categories, specifically in a healthy weight population, for the prevention of weight gain.

“Almonds are a fantastic healthy snack to incorporate into the daily diet,” said Dr. Carter. “We are now excited to look at how almonds might affect appetite during a weight loss diet and how they might assist with weight management in the long term.”