The wild true story of how Einstein’s brain was stolen for science • Earth.com 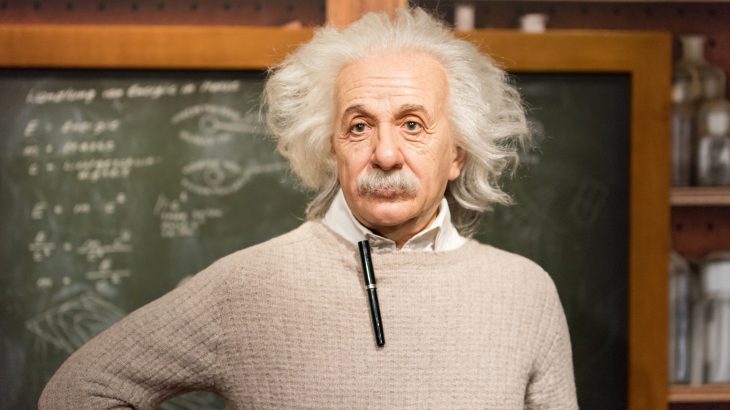 The saga behind Einstein’s stolen brain is many things, part comedy, part tragedy and all with an eclectic cast of characters including doctors, Einstein’s relatives, determined journalists, and even renowned beat poet William Burroughs.

But what the story of Einstein’s stolen brain teaches us most is how far advances in neurology and neuroscience have come since the early 1950s.

Our story starts with a pathologist, Thomas Harvey, who was on call at Princeton Hospital on April 18th, 1955. Einstein, the founding father of relativity and creator of the equation E = mc2, had just died after an abdominal aortic aneurysm ruptured a few days prior.

Harvey, the “hero” of our tale, performed the autopsy after Einstein’s death and brought a small keepsake home with him, Einstein’s brain, which he kept in his possession for the majority of the rest of his life.

What could drive such an act? According to Harvey, it was the pursuit of genius, or rather, discovering what makes a genius. Even though it was against Einstein’s last wishes, Harvey was able to convince Einstein’s family that the brain offered an amazing opportunity for scientific discovery.

Harvey wanted to find out what allowed the German theoretical physicist to unlock some of the greatest mysteries of our universe and to see if he could identify any differences in Einstein’s brain to help explain the phenomenon.

To the outside eye it would appear a noble pursuit, but as you dig deeper into the story, you begin to question Harvey’s motives.

And then there is the small fact that neuroscience was still in its early phases, relative to our understanding of the brain today, and so examining Einstein’s brain amounted to a Herculean task at the time.

In his book Postcards from the Brain Museum, Brian Burrell wrote of Harvey’s optimistic goals and his own limitations as a pathologist:

“It should be emphasized that Thomas Harvey was not a brain specialist. His understanding of the brain did not extend beyond the postmortem diagnosis of disease, atrophy, or injury. Which is to say that he had neither the means nor the expertise to undertake the study he had proposed to Einstein’s son.”

Thomas Harvey would go on to lose his job at Princeton, his medical license, and go through a string of divorces, girlfriends, and jobs before ending up on a front porch in Kansas, talking with William Burroughs about the brain.

Einstein’s brain did not make it through these few decades of Harvey’s life unscathed, and most of the brain was sectioned up into pieces and preserved in celloidin, according to National Geographic.

Pieces of Einstein’s brain were sent to researchers all over the world. In fact, Burrell writes that Burroughs would brag that he could have a piece of the brain any time he wanted.

This is not to say that Harvey hoarded Einstein’s brain away and didn’t perform any scientific research. A few (easily debunked) studies were published that were collaborations between Harvey and other researchers.

The first study was published in 1985 and was conducted by researchers in California and Harvey. According to National Geographic, the study claimed that Einstein had disproportionate levels of glial cells.

A 1996 study claimed that Einstein had thinner brain tissue compared to control brains and in 1999, a study published in the Lancet compared photographs of Einstein’s brain (before it was carved up into pieces and preserved) with other brains. The results of that study showed that Einstein had abnormal folding in parts of his brain compared to control brains.

But even if these studies were accurate and the results replicable, do the abnormalities explain Einstein’s genius or was Einstein simply a genius with certain abnormalities in his brain?

As we delve deeper in the story of Einstein’s brain and the “mad scientist” that took it, it’s important to also look at how our understanding of the brain has changed throughout the years. To say that brain science has made great strides in recent years would be an understatement, to say the least.

In the 1800s, it was all about phrenology and phrenologists gained notoriety by claiming that the shape of someone’s skull could tell you everything you needed to know about a person.

Harriet Dempsey-Jones, a researcher in Cognitive Neurosciences at the University of Oxford, discussed the practice of phrenology in The Conversation writing:

“Phrenologists believed the brain was comprised of separate “organs” responsible for different aspects of the mind, such as for self-esteem, cautiousness and benevolence. They also thought of the brain like a muscle – the more you used a particular organ the more it would grow in size (hypertrophy), and less used faculties would shrink.”

By feeling the bumps, ridges, and shape of a person’s skull, phrenologists believed you could gain insight into how people think and act.

Incidentally, phrenology is what drove Joseph Carl Rosenbaum to steal the head of deceased composer Joseph Haydn in the early 1800s, but that’s a kidnapped head story for another day.

Phrenology fell largely out of favor in the 19th century, but it wasn’t until the late 1800s that neuron theory began to emerge with Ramón y Cajal who is considered to be the father of modern neuroscience.

In 1932, the Nobel Prize was offered to Edgar Douglas Adrian and Charles Sherrington for their research on the neuron and how neurons transmit messages.

The 1950s was a burgeoning decade for neuroscience and science in general thanks to the discovery of DNA’s structure and huge strides were made advancing our understanding of memory and the hippocampus.

But when it came to unlocking the secrets of genius and Einstein’s brain, it was more than a matter of being the wrong pathologist for the job. There were simply too many limitations for Harvey, or perhaps any renowned researcher, to overcome.

In the 1990s Harvey donated what remained of Einstein’s brain back to a pathologist at Princeton and died in 2007, leaving behind a legacy that continues to fascinate audiences today.