El Chico: One of the oldest protected areas in Mexico • Earth.com 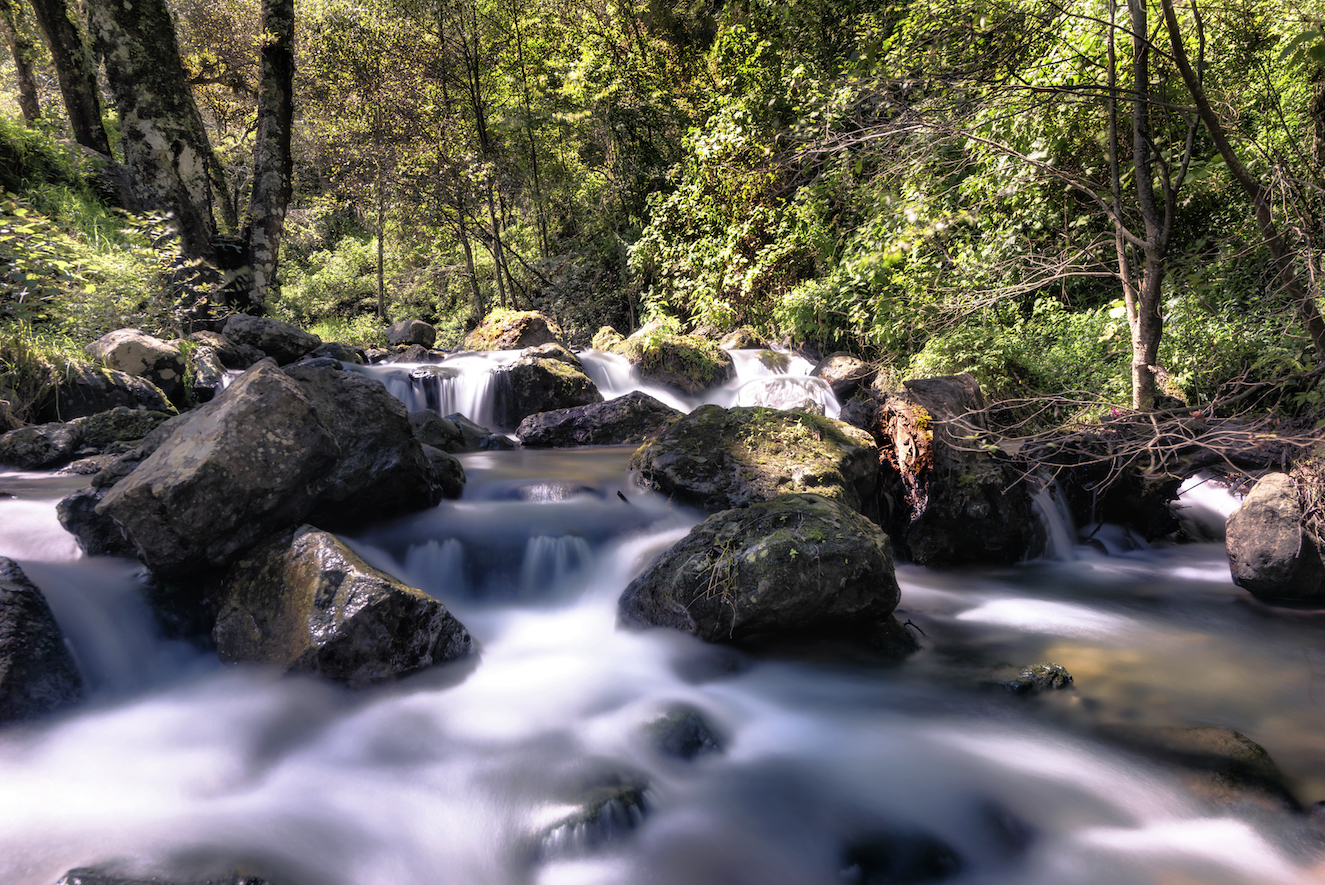 El Chico: One of the oldest protected areas in Mexico

El Chico in the state of Hidalgo is one of the oldest protected areas in Mexico and was the first forest reserve, originally decreed by President Porfirio Diaz in 1898.  In 1922, El Chico was upgraded to a park. Today the park is made up of 2,739 hilly hectares of forest. The park is only an hour and a half from Mexico City but the sleepy, relaxed feel of the area makes the city of 8.84 million people seem much further away.  Trails are easy to find and follow but maps are hard to find of the area. Unlike some in Mexico, the park is designed for the independent traveler with no tour guides available or needed for hiking or general exploration.

What struck me initially on visiting El Chico is the cool temperature.  Coming from lower elevations on the coast, El Chico is delightfully cool in June at elevations ranging from 7,550 to 10,140 feet above sea level.

A lot of the trees are coniferous but there are also oaks; seeing a large conifer or oak hung with bromeliads sums up the habitat in a brief image.  Cool evenings are lit by fireflies dancing in the trees, rain is common but not as omnipresent as in wetter forest habitats. Pine, oak and Juniper dominate the forests and large volcanic rocks are prominent.  Particularly rare are cypress trees from the genus Cupressus.

Cupressus are widespread throughout the world, ranging from northwest Africa and the middle east to the Himalaya, China and northern Vietnam.  Cupressus is a rare genus in Mexico despite its world-wide distribution.  There are two species of this cypress genus in the forests of El Chico.  There are also five species of oak, two pines, a juniper that grows in dense thickets, especially in those areas disturbed previously by fire.  There is a fir tree as well. The forest was like none other I’ve visited a mix of familiar and unfamiliar. Here you can find laurels growing, a plant most know for little more than crowning ancient Romans and Olympic athletes.

Many of the trails end at or circle a ‘Peña’ or large rock rising from the forest.  From the tops of some of these boulders or rock spires, sitting next to climbing anchors bolted into the rock, you can see miles of rolling, forested hills and small villages.

Gray foxes are featured on the official park signs and share the place with opossums, vultures, salamanders, mountain rattlesnake, and according to the website for Coronado National Memorial, chameleons.  Coronado, located in Arizona, is a sister park to El Chico.  As sister parks, Coronado and El Chico share information and mutual assistance to each other.

El Chico is interesting in comparison to American parks in the presence of a number of local community projects as well as a small town within the park.  There are a number of ejido (community cooperative) driven campgrounds and fishing areas within El Chico as well as official government campgrounds.

For a week we camped in El Cedro, a campground not far from the road but surrounded by towering trees.  Nearly every day I took our dog for a jog through a forested trail, jumping over logs and dodging the sharp spines of agave plants.  Later, after breakfast, my fiance Erin and our shih tzu, Zari ,joined us for hikes. The forest is varied and subtle, changing with elevation, the presence of water, clearings caused by old fires.  Hiking trails are well maintained and some bare signs proclaiming the trails or gazebos lined with benches along them were created by Peace Corps volunteers. Signs along trails identify birds, mammals and plant species you’re likely to encounter on hikes.

Some of El Chico’s infrastructure has seen better days though.  The visitor’s center is little more than an empty building now. One of the Ejido managed campgrounds we visited had no one available to collect fees, appearing nearly abandoned.  There was a large concrete fire ring surrounded by stadium seating that appeared to be a platform for park talks but went unused. Maybe it was due to the season we visited but El Chico National Park had the feel of a place that over extended itself in terms of infrastructure that could not be maintained.

El Chico National Park also surrounds Mineral del Chico, a small mining town with a unique colonial flavor.  The town is dominated by a large, historic Spanish church. Restaurants and street food vendors line the main street and fill the plaza in front of the church.  Open air bars with small campfires at each table sit next to mountain bike shops along cobblestone roads. It was easy to find a dog friendly hotel in Mineral del Chico and everyone we met was very friendly.  We spent a few days wandering the streets, shopping for local wares and drinking everything from Mexican microbrews to delicious fresh coffee and orange juice.

Mineral del Monte is another small mining town within El Chico National Park, a place we didn’t visit but which is said to be a quaint, colonial town with red tiled roofs.  Mineral del Monte is said to have produced 6% of the world’s silver. During its heyday a Cornish mining company operating out of Mineral del Chico employed 350 Cornish miners, according to Wikipedia.  The silver mining once made this region one of the wealthiest in Mexico.

The highlands of El Chico National Park itself are part of the Pachuca Mountain Range, part of the Trans-Mexican Volcanic Belt.  The volcanic belt is also known as the Sierra Nevada, a unique volcanic mountain range running east to west across Mexico, splitting the southern part of the country from the north.  The highest mountain of the Sierra Nevada is Pico de Orizaba, an 18,491 ft. giant. Pico de Orizaba is the third highest mountain in North America after Mt. Denali in Alaska and Mt. Logan in Canada.  Orizaba is especially impressive given its proximity to the ocean. Orizaba is also the second most prominent volcanic peak in the world, second to Kilimanjaro, Africa’s highest mountain. There are several other impressively high volcanoes in the region from 17,887 feet in elevation to 9,101 feet.

The rocks of El Chico itself are small compared to the mountains of the surrounding areas, but they’re a perfect place to practice climbing.  The cliffs are well known and anchors for top roping are prominent. Mountain biking is also popular in the area, and we watched people hold wheelies as they pedaled uphill through Mineral del Chico, probably heading towards forest trails.  ATVs are rented out on streets too, an activity I find annoying at best but it was popular, especially during the weekend.

Mineral del Chico was the last place we visited on a two month long trip through Mexico, the rest was quickly passing through towns and countryside on our way to the border.  The whole trip had many ups and downs but El Chico National Park and Mineral del Chico was perfect in leaving a lasting good impression for the whole adventure. A 12 hour drive from Brownsville, Texas, El Chico National Park is a world away.  El Chico is even a world away from the large beach city of Tampico, only six hours drive away. Three hours from the gulf of Mexico, Mineral del Chico rises into the mountains and exudes the feeling of being largely untouched by American tourists or the tentacular reach of sprawling Mexico City. Peace, near solitude and beauty are the defining characteristics of the park.  The towns inside the park are characterized by warm hospitality, laid back charm and fantastic food. El Chico is a special place in the world.