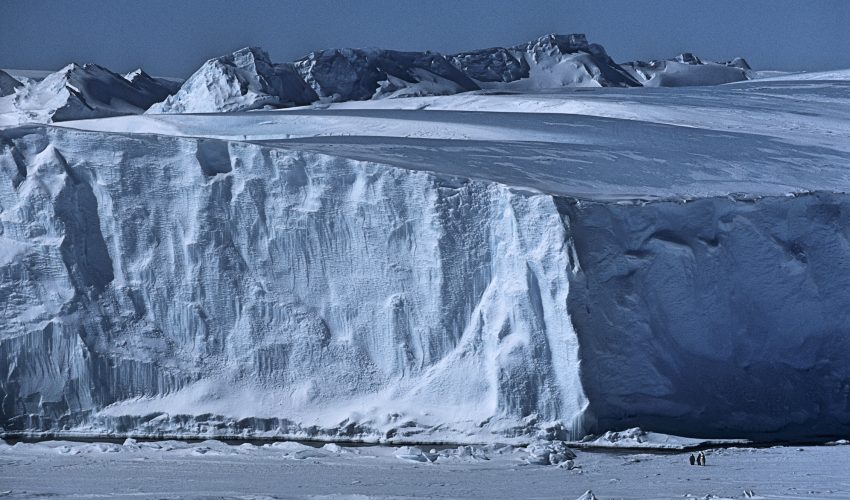 Researchers from the University of California San Diego have analyzed over two decades of satellite data to establish just how El Niño-Southern Oscillation (ENSO) cycles affect the ice shelves in West Antarctica. The study reveals that powerful El Niño events can result in substantial ice loss in this region, while the opposite is likely to occur during extreme La Niña events.

El Niño and La Niña are two distinct phases of ENSO, which is the variation in winds and surface temperatures in the tropical Pacific Ocean. These irregular cycles shift between warmer than average El Niños and colder La Niñas. The study provides new insight into how the ice shelves in Antarctica are responding to these unpredictable atmospheric conditions.

The research was led by Fernando Paolo, who is now a postdoctoral scholar at NASA’s Jet Propulsion Laboratory. Using satellite observations of the height of the ice shelves between 1994 and 2017, Paolo and his colleagues discovered that a strong El Niño event causes ice shelves in the Amundsen Sea to gain mass at the surface and melt from below at the same time.

Further investigation revealed that the ice shelves are losing up to five times more ice from basal melting than they are gaining from increased snowfall.

“We’ve described for the first time the effect of El Niño/Southern Oscillation on the West Antarctic ice shelves,” said Paolo. “There have been some idealized studies using models, and even some indirect observations off the ice shelves, suggesting that El Niño might significantly affect some of these shelves, but we had no actual ice-shelf observations.”

“Now we have presented a record of 23 years of satellite data on the West Antarctic ice shelves, confirming not only that ENSO affects them at a yearly basis, but also showing how,” explained Paolo.

At first, it was difficult for the scientists to identify that ice shelf mass was being added from snowfall yet taken away through basal melt at the same time.

Over the course of 23 years, the ice shelves in the Amundsen Sea region had their height reduced by 8 inches a year, mostly due to ocean melting. The intense El Niño event of 1997-1998 increased the height of the ice shelves by more than 10 inches.

Snow, however, is much lighter and contains substantially less water than solid ice does. The researchers were able to calculate how much more ice the shelves were losing rather than gaining when they factored in the density of snow.

“The ice shelf response to ENSO climate variability can be used as a guide to how longer-term changes in global climate might affect ice shelves around Antarctica,” said co-author Laurie Padman. “The new data set will allow us to check if our ocean models can correctly represent changes in the flow of warm water under ice shelves.”