How environmentally friendly is the electric car industry? • Earth.com 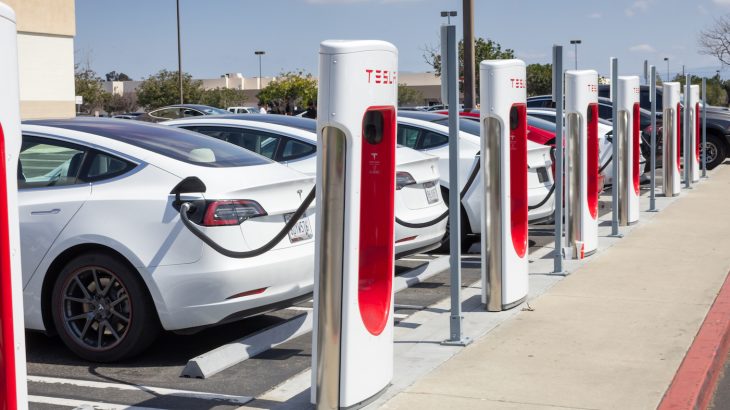 How environmentally friendly is the electric car industry?

Mainstream environmental concern has a laser-like focus on climate change.  Political candidates seem to always make climate change a talking point, often stating that fighting climate change is also a good way to create “green” jobs and a “green” economy.  Trump’s polluting policies and his pull out of the Paris Climate Accords are often attacked.

Taking a back seat in the current public discussion are issues like public land use (except when it also deals with climate change), endangered species, and habitat destruction.  Even further out of the spotlight are thoughts on how wilderness and an abundance of land can support freedom or allow traditional indigenous livelihoods and support environmental justice.

The shrinking of environmental ideas and issues in the public discussion is one largely created by the powerful.  For politicians, it’s easy to talk about changing jobs from coal and oil industries to solar and wind farm jobs. It’s harder to talk about how cattle ranching is destroying bison and wolves or how oil development and wind farms are bad for birds.  The public misunderstanding of environmental issues is fostered by a culture of sound bites and video clips as well as political branding and wealthy ‘green’ energy investors.

The situation isn’t an accident.  The rich and powerful generally want to be richer and more powerful, spotted owls be damned.  The unfortunate lack of substance in mainstream media when it comes to the environment has created a dangerous situation for all but those at the top.

High Country News recently reported on a copper mine in Nevada that a Russian oligarch has invested in, but the investor is only a part of the story.

Part of the drive for more copper comes from the electric car industry.  Not far from the mine, Tesla’s GigaFactory in Nevada to create batteries for its cars in collaboration with Panasonic.  The electric car company is often touted as being green because of the much smaller amount of greenhouse gases used in creating the cars and the perception of being emission-less to drive (this depends on where the electricity to charge the can comes from).  You may not need oil or gasoline to drive a Tesla, but copper is used in large amounts to produce the cars. Lithium is also important for the car’s batteries.

Financial Express reported in December of 2018 that US Albemarle Corp and one of the companies supplying lithium to Tesla was locked in a battle with the Chilean Government over prices, quotas and environmental regulation at a lithium mine.  The mine is located in the Atacama Desert, not far from a saline wetland where flamingos feed on shrimp. The water levels of the wetlands have been dropping from the mine’s actions, endangering the local flamingo population.  Mining for lithium is only set to increase with the current demand of approximately 64,000 tons annually projected to increase to 500,000 tons annually over a seven year period.

Albemarle plans to triple its capacity but has been stalled by the dispute with the Chilean government.  The Chilean government is seeking to settle the dispute through international arbitration, the first time Chile has asked for arbitration in a dispute between the government and a company.  Albemarle has now focused on its mines in Australia, putting its growth in Chile on pause for the moment. Meanwhile, mining in the US is also being driven by demand from electric cars.

About an hour drive from Sparks Nevada, the location of Tesla’s Gigafactory, Yerington, Nevada is the location of the Pumpkin Hollow Mine.  According to Reuters, US Copper mines have recently drawn $1.1 billion in investments, a boom driven partially by the growing popularity of electric cars as well as loosened mining regulations.  Electric vehicles contain twice as much copper as traditional internal combustion vehicles and the Trump administration is pushing to issue mining permits five times faster.

The Pumpkin Hollow mine is owned by Canada-based Nevada Copper.  The largest stockholder of Nevada Copper is now Switzerland based Pala Investments, a company owned by Russian billionaire Vladimir Iorich.  Iorich himself has been described as ‘shy’ but Pala Investments is the opposite and can even be quite aggressive.  Pala is known for targeting vulnerable companies for its own profit and has overseen hostile takeovers, like the takeover of Rockwell, the operator of a diamond mine in South Africa, according to The Globe and Mail.

Nevada Copper touts its value to the Yerington, Nevada community, claiming that Pumpkin Hollow will employee 300 people to start and pay local taxes.  Some in Sparks, Nevada are still worried about the residue of another mine.

The Anaconda Copper Mine located just outside of Yerington was closed in 1978, but the problems it caused from toxic pollution leaking into the nearby Walker River are ongoing.  RT reported in 2013 that Nevada residents won $19 billion in a class action lawsuit against Atlantic Richmond Co. that owned the mine and its parent company BP America.  The money went to medical expenses, a new water supply, and legal expenses. The lawsuit alleged that the company intentionally and negligently covered up uranium, arsenic and other pollutants leaking into the groundwater.  Clean up of the mine site is ongoing.

Last year the EPA under then-head Scott Pruitt signed a deferral agreement with the state of Nevada.  The agreement allows the state of Nevada to lead the cleanup of the mine, an EPA superfund site.  The Reno Gazette Journal reported earlier this year that the Paiute Tribe is suing to reverse this decision, citing concern that the state government doesn’t have the political or financial power to hold BP America responsible for the heavy metal contamination.

The myopic focus on climate change by mainstream environmentalists allows concerns such as these connected to the electric car industry to go largely uncommented upon.  Motor Trend reported on a visit of the Tesla Gigafactory by Leonardo DiCaprio for a National Geographic documentary, Before the Flood.  In the video, Elon Musk tells DiCaprio that the fossil fuel industry is the most powerful in the world and frames his company as part of a ‘popular uprising’ against the industry.