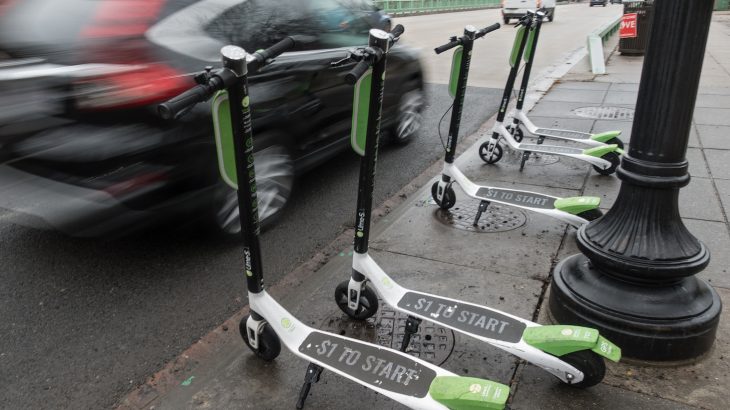 CDC investigating electric scooter safety after a rise in injuries

Many U.S. cities like Los Angeles, Austin, San Diego, and New York have seen scooter rental programs like Lime and Bird surge in popularity over the past year after making renting and using scooters easy and a draw for tourists.

But now, scooter safety is under investigation by the Centers for Disease Control (CDC) in collaboration with Austin Public Health and the Austin Transportation Department in Texas after a rise in scooter injuries.

According to CNBC which reported on the rise in scooter safety issues, dockless scooter companies operate in more than 100 US cities. But with this rise in popularity and ease of access, there has also been a rise in injuries and, contrary to popular belief, the majority of accidents are not due to collisions with other motor vehicles.

“There’s a perception that scooter-related injuries occur at night. Well that’s not true,” said Jeff Taylor, manager of the Epidemiology and Disease Surveillance Unit with Austin Public Health. “Our study will show they occur during all times of the day. People may also perceive there’s typically a car involved. But our study finds most of the time the rider may hit a bump in the road or they simply lose their balance.”

Taylor is currently working with the CDC and reviewing Austin scooter injury data from September through November 2018.

So far, the CDC and Austin Public Health have discovered that 98 percent of scooter accidents involved riders who were not wearing a helmet. 48 percent of riders were driving while intoxicated and had blood alcohol levels above the legal limit.

The data suggests that consumers are more lax about drinking and operating electric scooters and wearing helmets.

The results of the CDC report should be made public next month.