Our addiction to technology is causing an environmental disaster • Earth.com 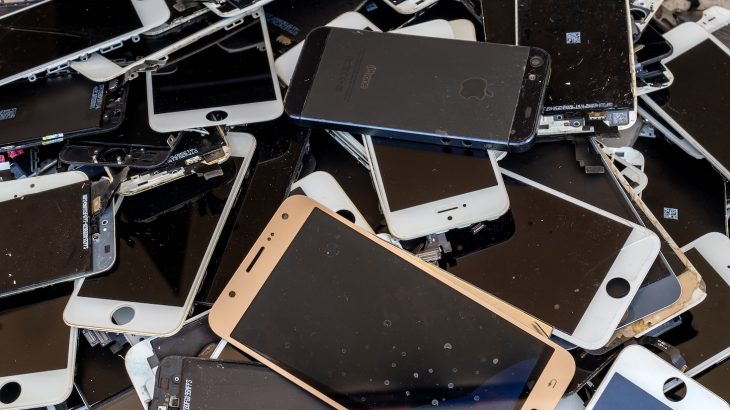 Our addiction to technology is causing an environmental disaster

As technology becomes faster, smarter and sleeker, we are increasingly tossing aside the old for the new. While playing with our latest iPhones, most of us spend little time reflecting on how our old phone will be recycled, and the long-lasting effects it will have on environmental and human health.

In the last ten years, many of us have gone through at least a few different smartphones- not to mention laptops, TVs, video game consoles and iPads. Sometimes we switch phones due to logistical reasons- our screen cracked or the phone was damaged by water. But in a time when every new technology release is the “next big thing”, we are tempted to ditch our perfectly usable technology in favor of new releases.

This trend is not just occurring in the United States but throughout the whole world. Today, more than 5 billion people have mobile devices. Disposable incomes in many developing countries are growing, allowing more people to access technology than ever before.

All of this technology needs to be disposed of somehow. But our waste management systems have not caught up to the technology craze. Electronic waste is now the fastest-growing waste stream in the world. In the United States, electronic waste accounts for up to 70% of toxic waste in landfills.

In 2016, only 20% of the 44.7 million metric tonnes of electronic waste was recycled. Technology that is not recycled often ends up landfills and incineration plants. Up to 90% of electronic waste is illegally traded or dumped, destined for developing countries in Africa and Asia. According to the United Nations Environment Programme, electronic waste is exported undetected by being declared as plastic and metal scraps.

Once in developing countries, locals extract elements such as copper and gold from the waste as a source of income. Extraction methods such as burning cables risk exposing people to hazardous substances, the World Health Organization warns. People may become directly exposed to lead, cadmium, flame retardants and polychlorinated biphenyls (PCBs). These dangerous substances can also leak into the peoples’ soil, water and food.

The illegal dumping of electronic waste is also depleting our planet of the valuable raw materials used to make modern technology. When technology is not properly recycled, raw materials cannot be reused for future items. Rather, more materials have to be extracted from the earth. The extraction of raw materials currently accounts for seven percent of the world’s energy consumption.

These raw materials, including gold and silver, are often referred to as “conflict metals” as their mining has been linked to armed conflict and human rights abuses.

The Democratic Republic of Congo is home to coltan- a rare ore used in the production of smartphones, laptops and video game consoles. Mining sites are often in prime habitat for the critically endangered Grauer’s gorilla. Mining activities destroy the gorilla’s habitat and exacerbate poaching pressures.

The electronic waste crisis has no easy solution. The problem spans throughout the world, crossing multiple countries with differing laws. Currently, 66% of the world’s population is covered by electronic waste management laws and 188 countries are signatories to an international treaty regulating the export of electronic waste. Yet, electronic waste legislation may not always be properly enforced or strong enough to fully address the issue.

Legislation alone is unlikely to tackle an issue this grand. A societal shift in consumer behavior is needed. Years ago, people needing to replace their technology often bought used gadgets online or from friends. Today, the idea of going on eBay to buy a used phone instead of upgrading to a newer model is unimaginable to many people.

A recent World Economic Forum report urges the world to move towards a zero electronic waste circular economy. In this economy, products are specifically designed for reuse, durability and recycling and product lifetimes are extended through refurbishment and second hand markets.

We are fast approaching the fifth generation of mobile networks- called 5G. Over 30 new devices are expected to be rolled out in 2019 that can access the network. The new 5G technology will undoubtedly result in a wave of consumers. And a wave of discarded technology.

If we don’t come up with a solution to electronic waste soon, we might end up drowning in our gadgets.