Elephant populations once thought to be rising are now in decline • Earth.com 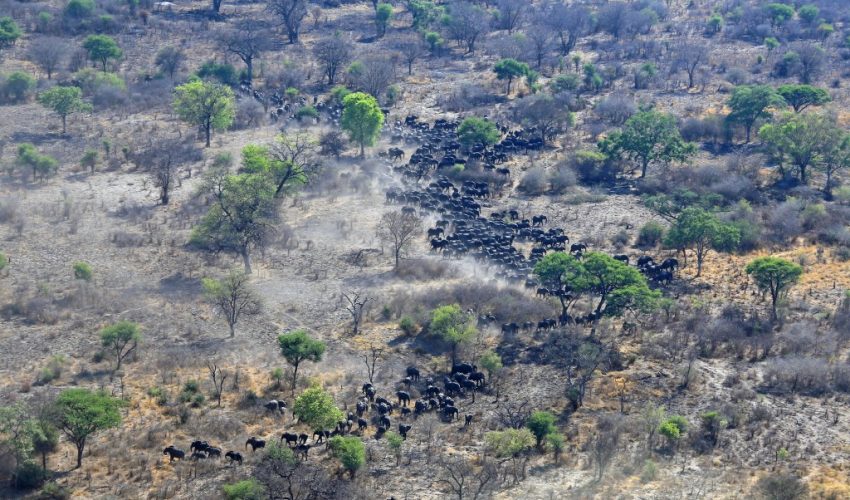 Elephant populations once thought to be rising are now in decline

After the war in Angola had ended, wildlife ecologists had noted that the African savannah elephant population appeared to be recovering. Now, new research from Elephants Without Borders (EWB) and the University of Massachusetts Amherst is reporting that this trend has now reversed.

“Our study shows that ending war is not necessarily sufficient for the long-term recovery of wildlife populations,” they say in the open access journal PLOS ONE. “Active protection of wildlife is also needed. Measures such as anti-poaching and limiting human encroachment in protected areas are now essential to saving Angola’s elephants.”

Prior to the 1970s, Angola was home to as many as 70,000 elephants – one of the largest populations in southern Africa. Unfortunately, war that raged from 1975 to 2002 led to a mass slaughter of elephants, along with a great loss of human life. In 2004 and 2005, the study’s authors Chase and Griffin conducted the first systematic survey in 25 years, and found a “small but apparently healthy and growing population estimated at 1,800 elephants.” Over the next 10 years, no elephant research was possible in Angola, but in 2015, the government gave EWB permission to resume research.

For this study, the researchers use aerial surveys and satellite monitoring of eight collared elephants to determine the status of populations in Angola and determine how humans may affect the elephants’ habitat. Their surveys showed a population of 3,395 elephants – a decrease of 21 percent from a subset of the 2015 study-area that was surveyed in 2005.

The researchers observed a high number of elephant carcasses in 2015, approximately four carcasses for every 10 live elephants, whereas none were observed back in 2005. This observation may suggest that populations have increased after the 2005 survey, but were declining as of 2015. The number “suggests a much more rapid decline” than the 2 percent per year decrease indicated by the number of live elephants surveyed. The authors believe that their survey may have “substantially underestimated the current rate of decline for elephants in Angola.”

Another significant finding of this study is that human development is widespread in southeast Angola, and may be limiting elephant distributions. Satellite tracking has shown that elephants avoid areas that are within 6 kilometers of human indicators. Conservationists have proposed establishing the Kavango-Zambezi Transfrontier Conservation Area (KAZA TFCA) to protect core habitats and movement corridors for elephants between Angola, Botswana, Namibia, Zambia and Zimbabwe. However, the results of this study suggest that increased poaching in these areas would threaten the integrity of the conservation areas and could harm the elephants’ ability to move around safely.

Instead, the authors believe that if the government in Angola commits to active protection, “There may be time to reverse the ongoing decline of elephants in Angola and conserve this important population.”