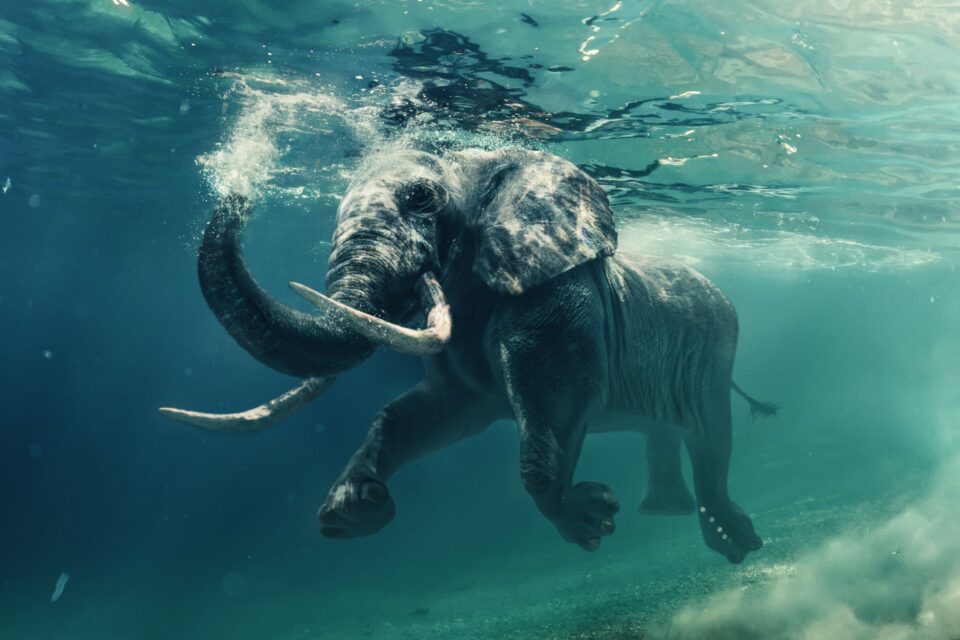 On the eve of World Elephant Day (August 12), an analysis of social media posts led by Griffith University in Australia has highlighted how the type of attention elephants receive on Twitter does not align with the most pressing threats to wild elephants. This phenomenon may have negative consequences for elephant conservation and lead to resentment from the local communities that live with elephants.

According to the International Union for Conservation of Nature (IUCN), the most pressing threats elephants currently face are habitat loss, human-elephant conflict, and poaching, with the magnitude of each threat varying between the three species of elephants (the African Forest Elephant, the African Savanna Elephant, and the Asian Elephant).

“The key highlights were that of the three main threats to wild elephants – being poached, habitat loss, and human-elephant conflict – there was a lack of attention on Twitter specifically around habitat loss and human-elephant conflict,” said study lead author Niall Hammond, a doctoral student in Wildlife Conservation at the Griffith University. “Our Twitter analysis revealed these major threats were infrequently discussed, with habitat loss being the most infrequently discussed (less than one percent of all tweets).”

The analysis showed that the most frequently discussed aspects were elephant welfare issues, such as tourist elephant rides (23 percent). Users from non-elephant range regions were the dominant voice on Twitter (72 percent), with posts largely focusing on elephant welfare concerns and trophy hunting (which, in fact, is not a threat to elephant conservation). By contrast, users from African Elephant range countries (14 percent) were more likely to discuss human-elephant conflict and poaching, as well as to promote elephant tourism, while those from Asian Elephant range countries (13 percent) posted more about human-elephant conflict and elephant tourism, but were less likely to tweet about poaching.

“Human-elephant conflict is a major issue. Our study found that the lack of acknowledgement of the impact of human-elephant conflict on local people often leads to resentment from people within elephant range countries, where peoples’ safety and livelihoods are often at risk due to elephants. For example, in India it is estimated that 100 people are killed by elephants each year and 40-50 elephants are killed during crop raiding,” Hammond explained.

Thus, the location of the tweets’ origins highlighted a divide in the understanding and lived experience of those living in countries with elephants and those without. “When we watch nature documentaries, elephants are often portrayed as living in areas where there are no people, but that is not the reality.”

“The reality is that in many areas, elephants and people live in shared spaces, where there are no fences to separate people and wildlife. It is important to acknowledge the sacrifices these communities make on a daily basis in co-existing with elephants and advocate for greater rights for communities to manage their wildlife sustainably because without their continued support the conservation of elephants would not be possible,” he concluded.