Despite their large size, elephants are very body conscious • Earth.com 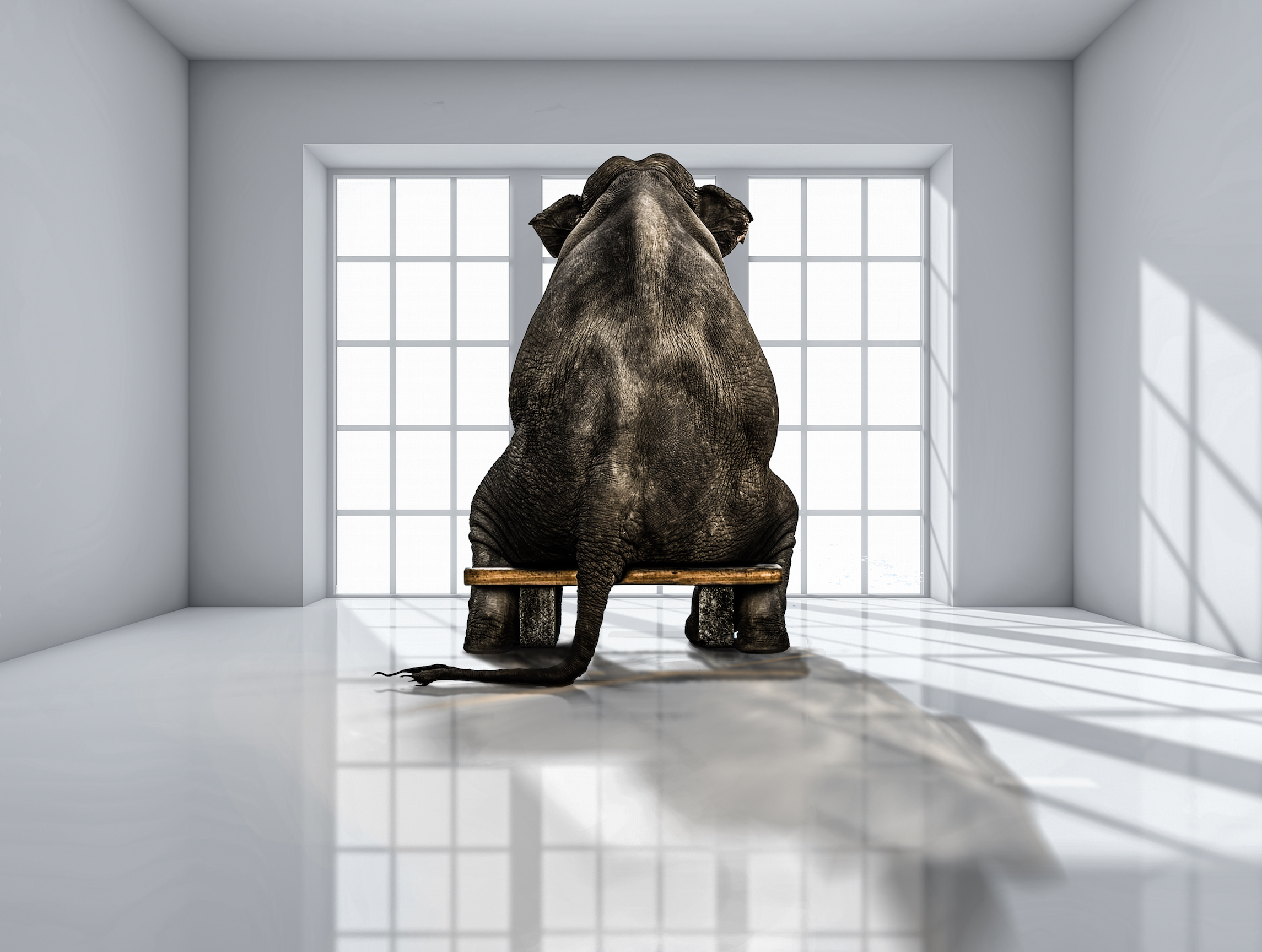 Despite their large size, elephants are very body conscious

It has been well-known for years that elephants are one of the most intelligent species of animal sharing this planet with us today – and scientists may have discovered new evidence showing just how smart they really are.

Researchers from the University of Cambridge found that Asian elephants are able to recognize their bodies as obstacles impeding their success in problem-solving tasks. They postulate that their findings are new evidence supporting elephants’ heightened intelligence and self-awareness.

We know of very few species that have been found to be capable of self-recognition – including great apes, dolphins, magpies, and elephants. This is an uncommon trait, which scientists believe can be linked to more complex forms of perspective taking and empathy.

Dr. Josh Plotnik, a visiting researcher at the University of Cambridge and founder of Think Elephants International, along with his colleague Rachel Dale came up with a new test for body and self-awareness. “Elephants are well regarded as one of the most intelligent animals on the planet, but we still need more empirical, scientific evidence to support this belief,” says Dale.

The test was adapted from an established study where human children were asked to push a shopping cart, but the cart was attached to a mat on which they were standing.

In devising this test for elephants, the researchers attached a stick to a rubber mat using a rope. Individual elephants were then asked to walk onto the mat, pick up the stick, and pass it to a human standing in front of them. This task was designed to demonstrate the elephant’s understanding of its body in relation to its physical environment.

If the elephant recognized the mat as an obstacle to success in the task, they would step off the mat in order to pass along the stick. Intriguingly, Plotnik and Dale observed elephants doing just that more than 87% of the time.

“This is a deceptively simple test, but its implications are quite profound,” explains Plotnik. “The elephants understood that their bodies were getting in the way, so they stepped aside to enable themselves to complete the task. In a similar test, this is something that young children are unable to understand until they are about two years old.”

The researchers believe the results show that elephants are able to recognize themselves as separate from objects and their environment – a rare ability in the animal kingdom. This may further imply that they have the capacity for self-understanding.

In the past, species that have demonstrated a capacity for self-recognition all show varying levels of cooperative problem-solving as well. They also tend to exhibit perspective taking and empathy, which leads scientists to believe that self-awareness may be related to effective cooperative living in socially intelligent animals. Furthermore, the identification of self-awareness and body awareness can help scientists better understand how an animal’s understanding of self and of its place in the environment may impact their social decision-making in the wild.

Plotnik believes that by furthering our understanding of elephant behavior, we can have more success in areas where human-elephant conflicts are commonplace. Humans and elephants are competing for land in places like Thailand and India, requiring long-term solutions that studies such as this may lead to.

“The more we can understand about elephants’ behavior, the more we can understand what their needs are, how they think, and the strains they face in their social relationships,” says Plotnik. “This will help us if we are going to try to come up with viable long term solutions to the problems that these animals face in the wild, especially those that bring them into regular conflict with humans.”

More information on this study can be found in the journal Scientific Reports.