Elephants are crucial to the survival of this tropical tree • Earth.com 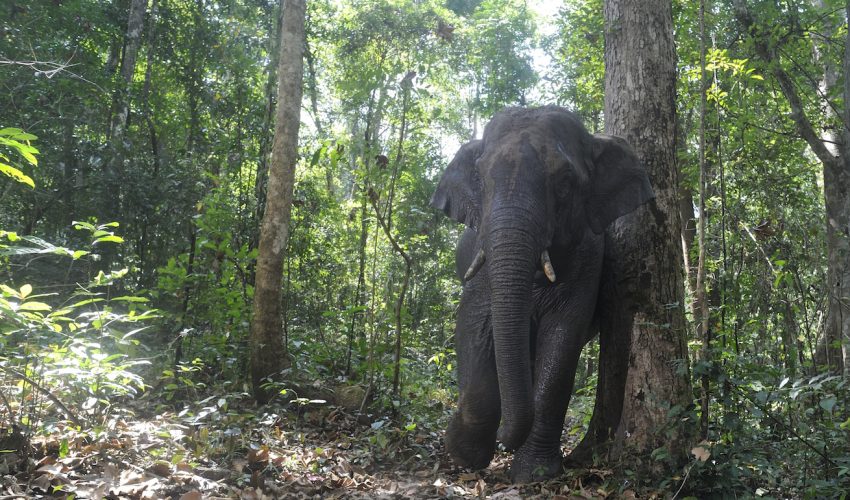 Elephants are crucial to the survival of this tropical tree

Large animals are known collectively as “megafauna” – such as elephants, giraffes, hippos and other enormous creatures. In many ecosystems, herbivorous megafauna are crucial for the dispersal of the seeds of many terrestrial plants, particularly those bearing large fruits (“megafaunal fruits”). In the forests of Thailand, sambar deer, bears, gibbons, and elephants play this critical role for the forest tree Platymitra macrocarpa, which bears 3-5” long fruits that these animals consume.

A study published in the open-access journal PLOS ONE assesses the relative contribution of each of these species to the seed dispersal of this tree. The authors of the study tracked fruit consumption, seed dispersal, and seed viability by observing trees during the fruiting period, sampling dung piles and other sites of deposited seeds, and measuring the rate of germination and growth of deposited seeds. Through this analysis, they were able to calculate the seed dispersal effectiveness for each megafauna species that uses these trees as an open buffet.

Although smaller members of this ecosystem’s megafauna such as deer and bear play important roles in seed dispersal, their effectiveness is lower. Ultimately, they require more fruit to reach the same level of reproduction achieved by elephants with significantly less fruit consumed.

“If less vulnerable large herbivores such as deer are unable to replicate the seed dispersal role of threatened mega-herbivores such as elephants, megafaunal fruit could suffer range contractions, affecting forest community composition and potentially forest carbon stocks,” says Kim McConkey of the National Institute of Advanced Studies in Bangalore, Thailand.

Although it may seem that a study into the seed dispersal of a handful of species for one tree in one ecosystem has a small scope, this couldn’t be further from the truth. If this widely-dispersed tree species is unable to reproduce effectively, it could have major effects on numerous species within the ecosystem, not to mention the forest carbon stocks indicated by McConkey. In ecosystems such as this, small changes can have major consequences.