Monitoring ground vibrations to help save elephants from poachers • Earth.com 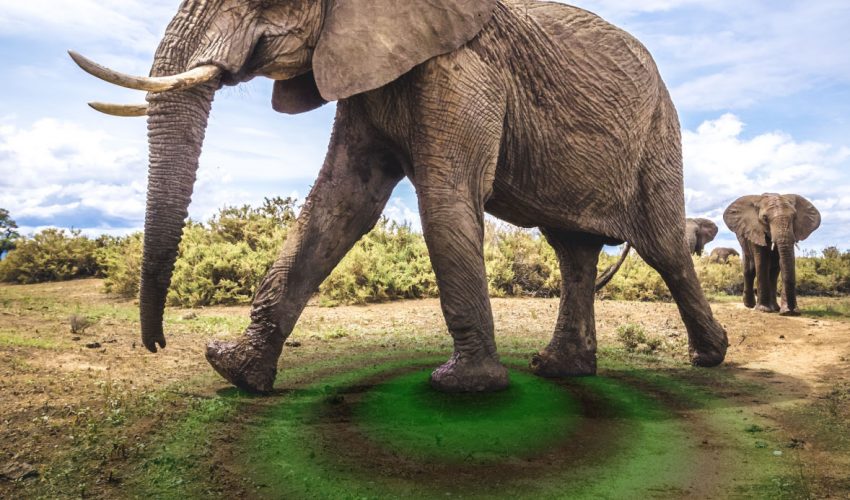 Monitoring ground vibrations to help save elephants from poachers

An interdisciplinary team of researchers has analyzed vibrations in the ground that are produced by elephants as they move around and communicate. The experts were able to identify certain behaviors by listening to the sounds, which may lead to the development of seismic monitoring systems that can detect when elephants are in danger.

“We suggest that monitoring ground-based vibrations can be used in a practical context to not only detect elephants, but determine their behaviors,” explained study co-author Beth Mortimer.

“Using multiple seismic recorders in remote locations, we suggest that detection, location, and classification algorithms can be generated that allow monitoring of elephants in real-time.”

Scientists have theorized that elephants communicate over long distances using ground vibrations. In the current study, the researchers set out to gain a better understanding of how these underground sounds travel and how various types of terrain and human-induced noise may influence them.

The team used seismic tools to record the vibrations from wild elephants in Kenya. Computer models enabled the researchers to categorize elephant behaviors, but human noise made this difficult – suggesting that human-generated sounds often interfere with elephant communication.

“We were surprised by the size of the forces acting on the ground that were generated by elephants when they vocalize,” said Mortimer.

“We found that the forces generated through elephant calls were comparable to the forces generated by a fast elephant walk. This means that elephant calls can travel significant distances through the ground and, in favorable conditions, further than the distance that calls travel through the air.”
The research may ultimately lead to ways that authorities could be alerted when elephants signal a threat, which has the potential to deter poachers.

“We hope to build on these initial findings to develop a comprehensive approach for monitoring and understanding the behavior of large mammals in these pristine, changing, and fragile environments,” said co-author Nissen-Meyer.

Next, the team plans to set up a larger network of seismic sensors along with aerial, visual, and acoustic instruments to investigate the response of elephants when sounds are echoed back to them.

The study is published in the journal in Current Biology.