Elephants use their trunks to count • Earth.com 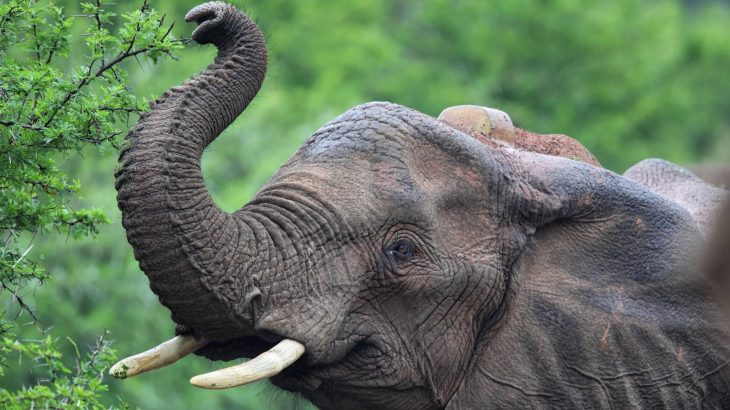 Elephants use their trunks to count

While bees can connect symbols to numbers, lions know not to attack another pride that outnumbers their own, and monkeys can do basic addition, a new study has found that elephants also have a nose for math, literally.

In a new study, researchers from the City University of New York, Think Elephants International, and the University of Cambridge discovered that elephants use their sense of smell to sniff out quantities.

The study, published in the journal Proceedings of the National Academy of Sciences, offers the first evidence of an animal using olfaction to tell the difference between quantities of items.

Elephants have a powerful sense of smell and more genes involved in smell than any other animal. For an elephant, that sense of smell is crucial for finding food and water and sniffing out potential mates over long distances.

The researchers tested elephants counting abilities by filling two buckets with different quantities of sunflower seeds. The buckers were covered but had holes for the scent to escape.

Elephants aged 12 to 45 years old at the Anantara Golden Triangle Elephant Camp and Resort were presented with the buckets, and the researchers recorded how often an elephant choose the bucket with more seeds.

If the quantities were closer together, the elephants had a harder time distinguishing between the two, but if the amounts of seeds were further apart, the elephants could easily pick the fuller bucket.

“In this study, by contrast, elephants showed that they can detect differences between various quantities of food using only their sense of smell,” the researchers wrote. “Thus, elephants may be unique in their use of olfaction in cognitive tasks.”