Emperor penguins can snack to to break up their famous fasts • Earth.com 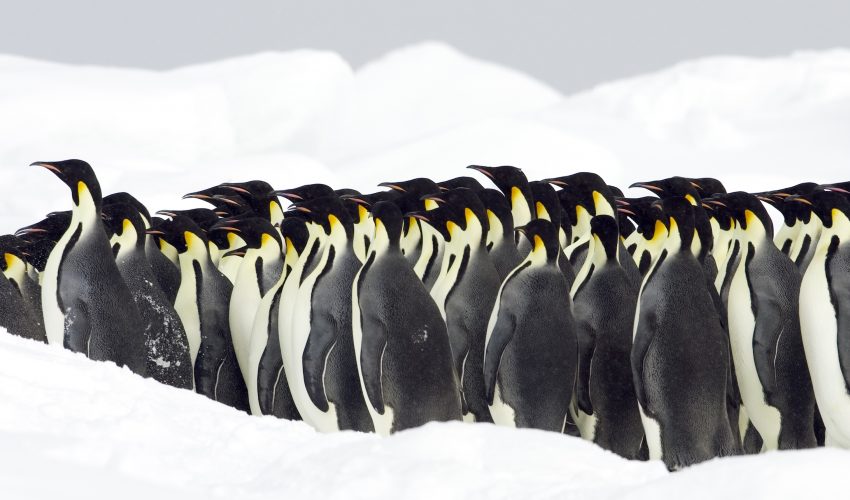 Emperor penguins can snack to to break up their famous fasts

Emperor penguins are known to trek more than 100 km from their ocean feeding grounds to their inland breeding colonies in order to prepare to mate. Their endurance doesn’t only include a long walk; the male partners often experience a fast of more than 100 days while mating and incubating their eggs – all before they make their long return journey.

However, a new finding from Gerald Kooyman of the University of California San Diego shows that this may not be entirely true.

During an expedition to the Ross Ice Shelf during the winter of 1998, Kooyman would closely observe the Ross Sea colonies. Through his observations, he and his team discovered that emperor penguins from colonies close to the sea-ice edge are able to go diving before their eggs are laid, meaning their fasts are a lot shorter than the more inland emperor penguins.

The ship Kooyman was on was the first to reach the Ross Ice Shelf during the winter, and would actually make a detour west to Cape Washington in order to observe an emperor penguin colony during its return journey. When the ship passed by the ice edge near the colony in the late spring, it was observed that a group of 30 penguins were swimming in the open water… in the dark. These birds were only ever thought to dive in light conditions in an effort to avoid predators as well as to not be stuck beneath the ice when air holes close. But if these penguins can hunt successfully in the dark, Kooyman believes that it makes sense they would feed during the prenuptial and pre-laying period.

Given this and other observations of the birds’ nighttime activities, Kooyman says, “The [Cape Washington] breeding males may have a shorter fast because they feed between arrival at the colony and over the ensuing 2 months during the pre-nuptial activities.” He believes that these more coastal penguins may go through a shorter fast of a minimum of 65 days, while the birds further inland may experience up to a 115 day fast.

Kooyman warns that if the rise in Antarctic temperatures continue, many more emperor penguins may be forced to dive in the dark as the ice around the northern edge of the continent continues to thin, driving colonies further south in search of breeding grounds.