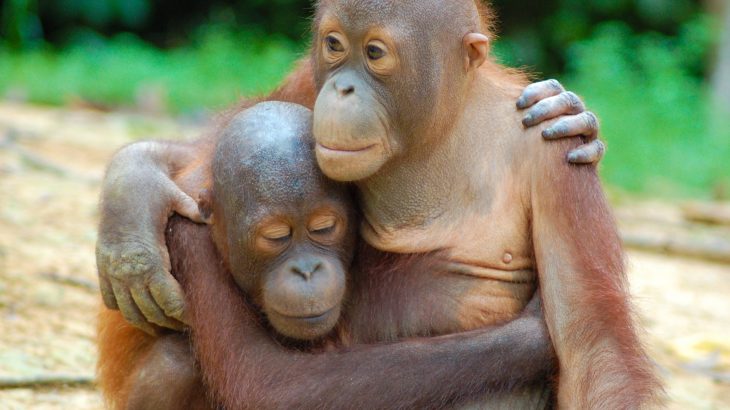 Orangutans can be widely considered one of the most recognizable faces of animal conservation efforts around the world, as these intelligent great apes are one of the most captivating endangered species.

Efforts to preserve the species have faced numerous challenges in recent years due to habitat loss and poaching, and a new study published in PLOS ONE gives a closer look at just how these conservation efforts are going.

Led by Donna Simon of the World Wide Fund for Nature and colleagues, a recent series of surveys of the population of endangered Bornean orangutans in Sabah – the Malaysian state in the north-east of Borneo – have found mixed results. While the species’ populations within the well-managed forests are stable, they have declined in areas near major oil palm plantations.

In Sabah, the lowland forest is the most crucial habitat for orangutans. But in the last half-century, extensive logging and land clearance for agriculture have results in habitat loss and fragmentation, leading to a significant decline in the species’ population. Despite these declines, the full story of the effects this activity is having on the orangutans is still not well known.

This new study is the largest and most complete population survey of orangutans in Borneo, which is home to this endemic species. The study’s authors conducted aerial transects covering almost 5,500 kilometers in Sabah, and calculated a population just under 10,000 orangutans. This number (officially 9,558) included a previously unknown population of about 1,770 orangutans in numerous widely dispersed sub-populations.

The survey showed that the largest populations existed within forests that are either sustainably managed or unlogged in the central uplands of Sabah. However, the populations in the fragmented forest areas surrounded by oil palm plantations have declined by as much as 30%.

“A recent survey on orangutan populations in Sabah, North-east Borneo showed a mixed picture from different regions,” explains Simon. “However, overall the research shows that they have maintained the same numbers over the last 15 years and can remain so as long as proper conservation management measure continues to be put in place.”

The results of this study are expected to be used by the government of Sabah to help form environmental policies designed to sustain these orangutan populations.