Despite Indonesia’s claims, orangutans are still on the decline • Earth.com 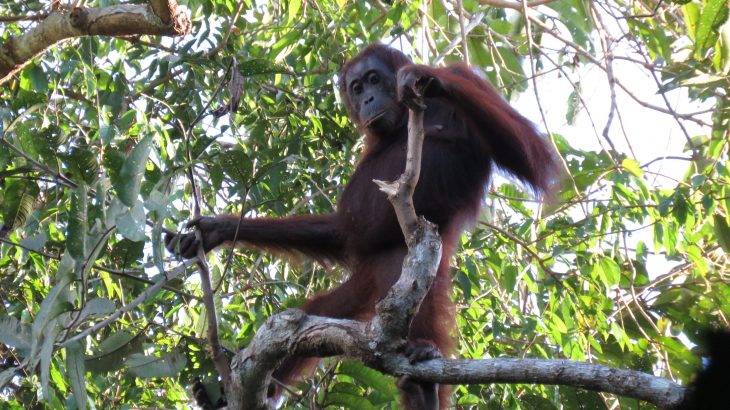 Despite Indonesia’s claims, orangutans are still on the decline

Recent studies on orangutans are contradicting a new report from the Indonesian government, which claims that orangutan populations increased by more than ten percent from 2015 to 2017. Earlier this year, researchers found that over 100,000 orangutans were lost in Borneo between 1999 and 2015, and that the animals are still seriously threatened by deforestation and hunting.

“All three species of orangutan are Critically Endangered and on a steep decline. Their numbers are not increasing as indicated by the Indonesian government report,” said Erik Meijaard of Borneo Futures and the IUCN Species Survival Commission.

Indonesia’s research, which was focused on nine monitoring sites, suggests that the orangutan population doubled in a single year – growing from 1,153 orangutans in 2015 to 2,451 individuals in 2016.

According to the researchers, however, “it is biologically impossible for an orangutan population to double its size in a year.” They explained that any increase in those areas was inevitably preceded by a reduction elsewhere.

Furthermore, the sites accounted for by the Indonesian government represent less than five percent of the Bornean and Sumatran orangutan’s range. One group, the Tapanuli orangutan, is left out of the estimates altogether. The study authors said that it is “scientifically unjustified to extrapolate population trends from these sampling sites to the total range of all three species.”

Meijaard explained that the Indonesian government is now in the process of developing a new 10-year action plan for orangutan conservation.

“If the government thinks that orangutan populations are increasing, it calls for completely different strategies compared to those required for dealing with rapidly decreasing populations,” said Meijaard. “It is important that the government realizes that populations remain in decline. Therefore, a new approach to orangutan conservation is needed.”