Endangered shorebirds have enough space to breed… for now • Earth.com 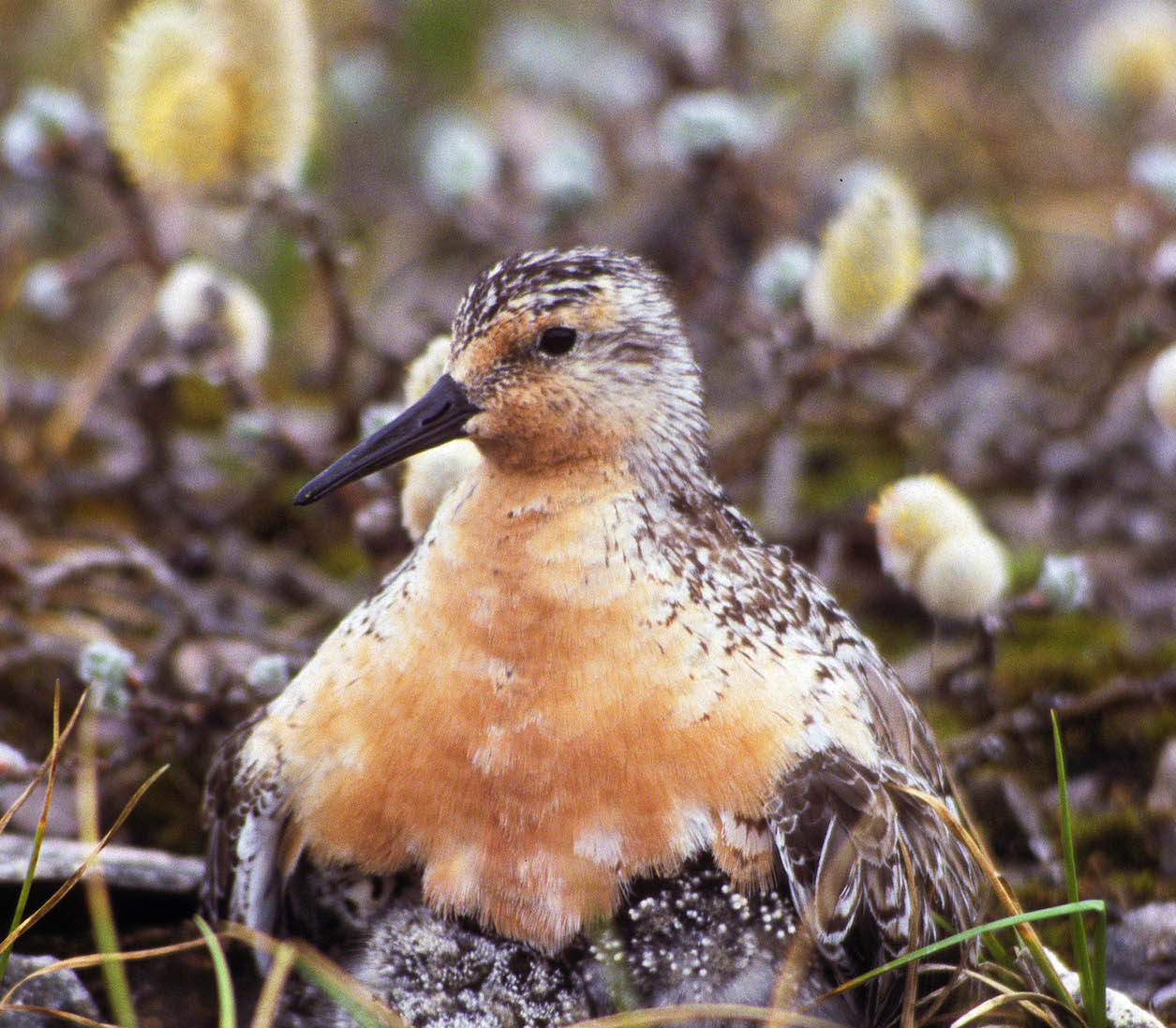 Endangered shorebirds have enough space to breed… for now

A new study has investigated the nesting habitat preferences of the Red Knot across the Arctic. The researchers determined that there is plenty of breeding habitat to support the population of these birds today, but climate change could pose a threat in the future.

The rufa subspecies of Red Knot travels from its breeding grounds in the Canadian Arctic to winter in South America each year. This journey is a remarkable distance of 15,000 kilometers each way. The numbers of rufa populations have fallen in recent decades, and experts set out to determine if unsuitable breeding grounds may be driving this decline.

“Using the power of satellite remote sensing, data mining analysis, and geospatial modeling, we were able to extrapolate from the field and radio-telemetry surveys to map potential nesting habitat for these birds across wide expanses of the Canadian Arctic,” said study co-author Richard Lathrop of Rutgers University.

“These same tools and techniques could be applied to advance our knowledge about other Arctic-nesting shorebirds.”

The team attached radio tags to 365 knots captured while migrating through Delaware Bay in 1999-2006, and collected data from airplanes to learn where and in what sort of habitat the tagged birds nested across the south and central Canadian Arctic. The researchers also carried out detailed ground-based surveys on Nunavut’s Southampton Island.

“It took many person-hours over many years of intensive field surveys to find the several dozen occupied Red Knot nests that we located and documented,” explained study co-author Larry Niles of the Conserve Wildlife Foundation. “The area we aerially searched for radio-tagged birds spanned over 1700 km in length, the same distance as from Georgia to Maine.”

The scientists found that knots preferred to nest in sparsely vegetated areas on sedimentary bedrock, near to the coast or interior wetlands where they forage.

The study revealed that there are over 74,000 square kilometers of suitable rufa Red Knot habitat across their Central Arctic breeding range, which is estimated to be enough space for at least that many breeding pairs. Currently, the entire population is only around 42,000 individuals, which means a lack of available breeding habitat is not driving the decline of the species.

On the other hand, suitable breeding conditions for a number of Arctic shorebirds such as knots are expected to become unsuitable in coming decades due to climate change. This means that insight into species-habitat relationships will be critical for informing conservation efforts.

Brad Andres is a national coordinator for the U.S. Fish and Wildlife Service’s Shorebird Conservation Plan, who was not involved in the study.

“For the first time, Lathrop and his colleagues have described environmental conditions conducive for nesting by rufa Red Knots and provide evidence that breeding ground habitats are likely not limiting the recovery of the population. Their work also furnishes a baseline to evaluate the ability of a changing Arctic climate to provide breeding habitat for this shorebird of high conservation concern.”