Enigmatic penguin lays two eggs but hatches only one • Earth.com 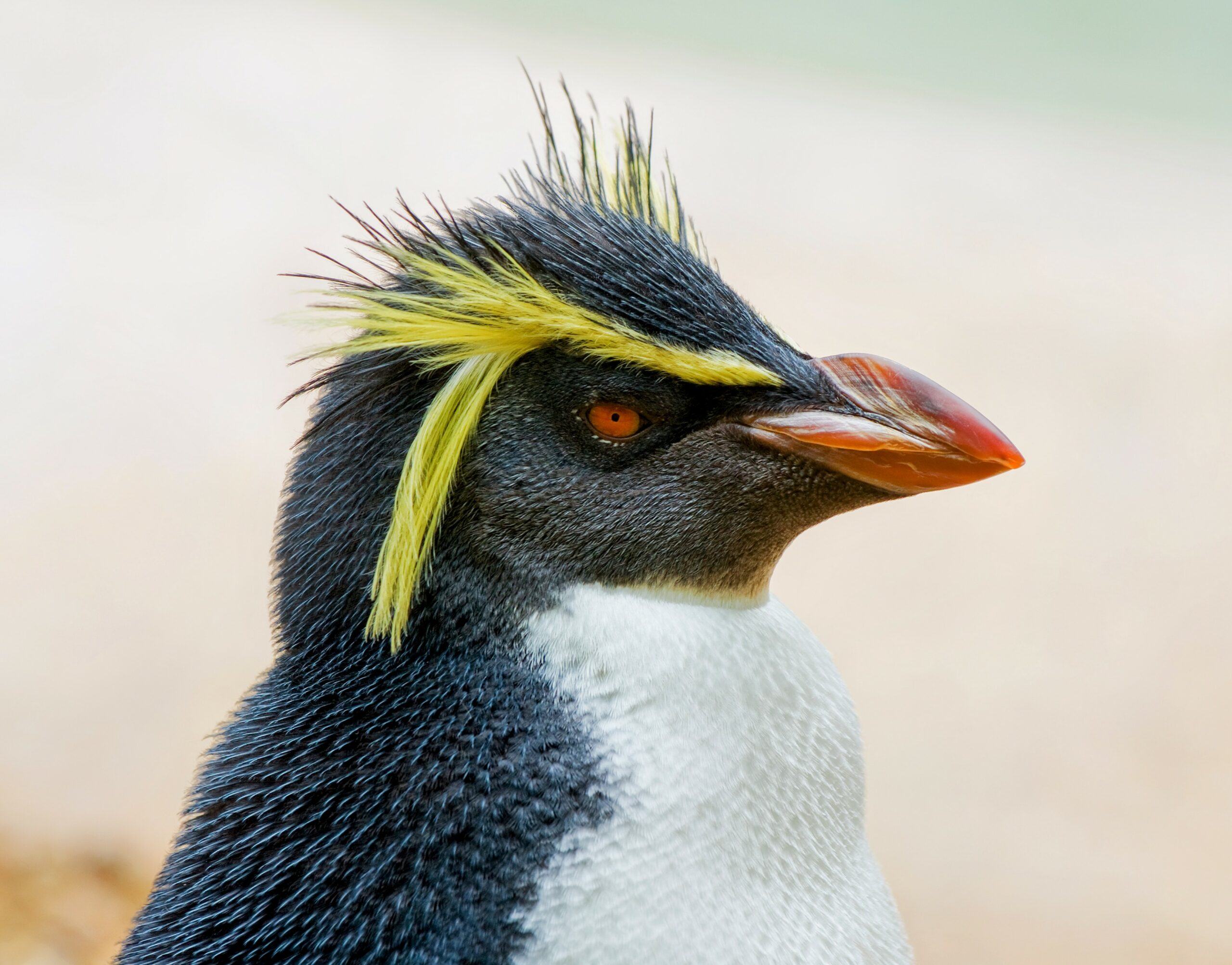 Enigmatic penguin lays two eggs but hatches only one

Erect-crested penguins (Eudyptes sclateri) have an unusual and seemingly maladaptive breeding strategy – they lay two eggs each year but hatch only one chick. They show a cavalier disregard for the first-laid egg, often failing to incubate it at all, or allowing it to roll out of the nest and be smashed or eaten by scavenging seabirds. Biologists have long been puzzled by this “wasteful” reproductive strategy and have sought to understand the reason behind it.

These medium-sized penguins that are indigenous to the New Zealand region are the least known of all the world’s penguins. This may be partly because they only breed on two isolated groups of inhospitable, uninhabited islands to the southeast of New Zealand. Access to these islands, the Antipodes and Bounty Islands, is restricted by the New Zealand Department of Conservation, apart from being logistically and financially challenging. However, as this penguin species is listed by the IUCN as “endangered,” it is important to understand its breeding biology and the status of its population.

Lloyd Davis of the University of Otago in New Zealand, and colleagues from several different New Zealand research institutes, have now published the results of research conducted in 1998 on erect-crested penguins breeding on the Antipodes Islands. Although this research was done almost 25 years ago, the data have not been published before and the study remains the most complete and in-depth documentation of erect-crested penguin breeding behavior to date. The results of the study are now published in the journal PLoS ONE.

In that study, 270 penguins in a colony were captured and marked with a unique code that could be read by an observer from a distance. Once marked, the penguins were not disturbed again but their behavior in the colony was monitored over 249 observation hours. There were 113 nests in the colony, and all nest occupancy, mating, fighting and incubating behavior was observed over a month. In addition, the date on which eggs were laid in each nest was recorded, as well as their fate.

Erect-crested penguins lay two eggs, like most other penguin species. However, the first-laid egg is up to 70 percent smaller than second one, which is laid around 5 days later.  Davis and colleagues found that the first egg typically is lost from the nest either before, or soon after, the second egg is laid, and parents sometimes deliberately break or eject the egg. Furthermore, about 40 percent of mating penguin pairs do not even incubate the first egg. Steady incubation begins only after laying the second egg. What, then, is the purpose of the first egg, the researchers wondered.

In a separate experiment in a nearby penguin colony, the researchers constructed rings of pebbles around 14 nests to prevent the first egg from rolling out of the nest. The results showed that 86 percent of first eggs remained in the manipulated nests, in comparison with only four percent in control nests. However, this did not enhance the chances of first egg survival – all of them were eventually lost through being broken in the nest, taken by scavengers or simply not being incubated. Even when the first egg remained in the nest, it was still rejected by the incubating parents and it perished.

Erect-crested penguins travel long distances to find the food they need to sustain themselves and it is likely that they will not be able to feed two chicks to fledging. It is possible that reducing the number of eggs that hatch is an adaptation to this situation. The researchers suspect that erect-crested penguins retain the reproductive habits of their ancestors, which laid and hatched two eggs, but have adapted to reduce the brood by sacrificing the first egg, since they can’t provide enough food for two hatchlings.

In this light, it makes sense that the first-laid egg should be as small as possible, to minimize the cost to the female, in terms of nutrients and energy wasted. Erect-crested penguins show the most extreme egg size dimorphism of all penguins (of all birds, in fact), with the first egg always being significantly smaller than the second. It is clear that reducing brood size in this way is a potential strategy to reduce investment in offspring that would not survive anyway.

The researchers caution that unless erect-crested penguins receive greater research attention and conservation efforts, the species will continue to be poorly understood and ultimately, their very survival could be threatened. Evidence suggests that climate change is negatively impacting their breeding on the Antipodes Islands, with greater numbers of storms and mudslides in recent decades wiping out parts of colonies, and killing nesting penguins. Additionally, changes in ocean productivity around the islands have already caused eastern rockhopper penguin populations in the region to crash, and are likely hurting the erect-crested penguins as well.

“This study highlights the paradox that such an intriguing and endangered penguin species should be so little known, in this day and age, that the best data we have comes from nearly a quarter of a century ago,” wrote the study authors. “There is an urgent need for more research and better conservation marketing of this remarkable species.”