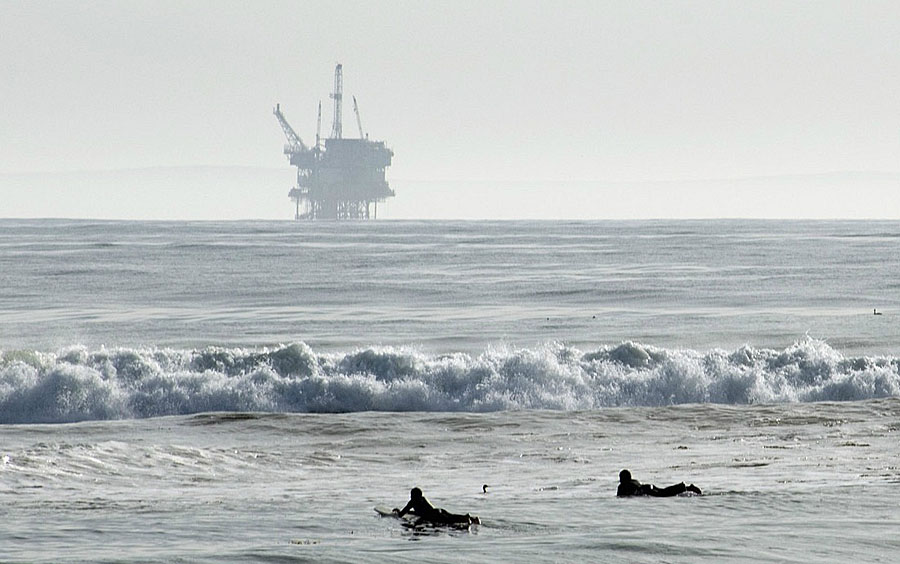 Environmentalists Tuesday called on California Gov. Jerry Brown to halt plans for months of hydraulic fracturing in the waters off Southern California, warning that it could lead to chemical pollution or an oil spill.

Hydraulic fracturing is used to extract oil or natural gas from rock formations by injecting high-pressure mixtures of water, sand or gravel and chemicals. The Center for Biological Diversity said the permits open the way for the first offshore fracking in the state since 2013.

“Gov. Brown has to recognize that halting offshore fracking is critical to protecting marine animals and coastal communities from this toxic technique,” center attorney Kristen Monsell said in a statement.

“Haven’t we seen enough dead wildlife and polluted beaches?” she added, referring to a crude oil pipeline break near Santa Barbara in May that blackened the coast and spread goo on beaches as far as 100 miles away.

In a statement, state oil and gas Supervisor Steve Bohlen said the permits were the first issued for offshore operations since the state imposed new regulations on hydraulic fracturing. The wells are reached from artificial islands constructed offshore.

The regulations, which require pressure testing and monitoring, “emphasize environmental protection and transparency and are based on the best science available,” Bohlen said.

Hydraulic fracturing has spurred an ongoing energy boom but raised widespread concerns that it might lead to groundwater contamination, increased air pollution and even earthquakes.

A recent report by the Environmental Protection Agency found that hydraulic fracturing has not caused widespread harm to drinking water in the United States, but warned of potential contamination of water supplies if safeguards are not maintained.

The Associated Press reported in 2013 that oil companies have used fracking at least 203 times over two decades in waters off Long Beach, Seal Beach and Huntington Beach – some of the region’s most popular surfing strands and tourist attractions.