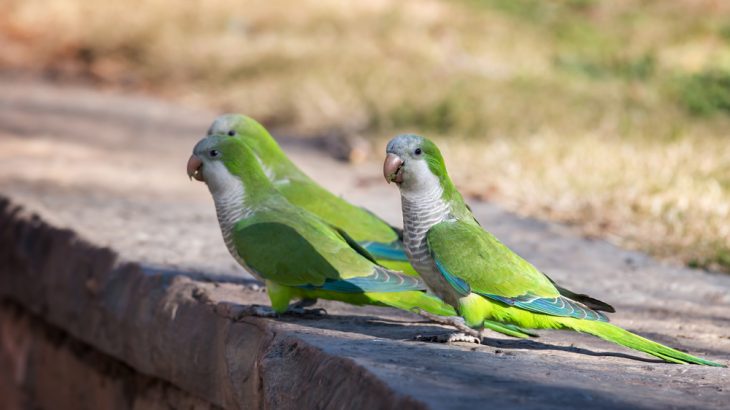 Escaped parrots are making their homes in California, Texas and Florida – along with much colder states like New York, Illinois and Washington.

But unlike their untamed ancestors or the South American cousins who still live in wild habitats, these birds are more at home in cities.

They found that 56 species have been spotted in the wild, of the nearly 200 species that have been imported to the U.S. as pets. Those sightings have taken place in 43 states, with breeding populations representing 25 species established in 23 of those states, the team told National Geographic.

The team analyzed data from two databases: the Audubon Society’s annual Christmas Bird Count and Cornell’s eBird. They found that the three species seen most often in the wild are the monk parakeet, the nanday parakeet and the red-crowned Amazon. The red-crowned Amazon is actually thriving in California, while it is endangered in its native Mexico.

In some cases, the escaped parrots are even spreading to areas with vastly different climates than the ones they evolved in – like the monk parakeet, which has established itself in Brooklyn and Chicago.

“We think they’re basically pre-adapted to survive in cold climates because they build their own nests and they can vary their diets so dramatically across the year,” Pruett-Jones said. “They roost in their nest every single night of the year, so the nest is really more like a home to the monk parakeet. And their diet changes completely during the winter to seed in backyard bird feeders.”

Pruett-Jones and another student are now studying some of the cold-weather populations to see if they’re show adaptations like denser or thicker feathers.

The team’s research has been published in the Journal of Ornithology.