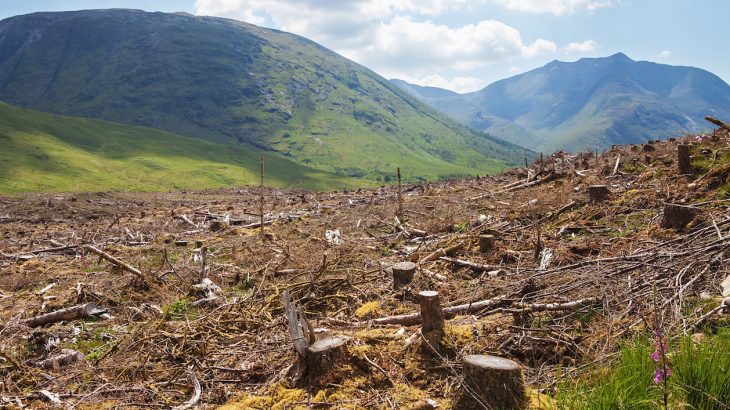 Contrary to the recommendations of 800 scientists, Europe has decided to treat wood as a renewable source of energy. The authors of a new study are warning that this mandate will not only cause serious damage to the world’s forests, but will also increase greenhouse gas emissions across Europe.

According the researchers, the new bioenergy provision in the Renewable Energy Directive will lead to dramatic clearing of forests. Treating wood as a low-carbon fuel means that entire trees or portions of trees can be cut down deliberately to burn.

“The directive reverses the global strategy of trying to subsidize countries to protect their forests and their carbon,” said study co-author Tim Beringer.

“Instead of rewarding countries and landowners to preserve forests and the carbon they store, this directive encourages companies to pay them for the carbon in their forests, but only on the condition that they cut the trees down and ship them to Europe to be burned.”

The team has estimated that, just to supply five percent of the energy used in Europe, additional wood equal to all of the country’s existing wood harvests would be needed.

“Globally, if the world were to supply only an additional 2 percent of its energy from wood, it would need to double commercial wood harvests around the world with harsh effects on forests,” explained Searchinger.

The study has also revealed that using wood as a biofuel will likely contribute 10 to 15 percent of Europe’s emissions from energy use by 2050.

“Compared with the vast majority of what counts as ‘bioenergy by harvesting wood,’ solar and wind have large advantages in land use efficiency and lower costs. The focus on wood is not only counter-productive for climate change but unnecessary,” said co-author Dan Kammen of the University of California, Berkeley.

Even though wood is renewable, cutting down and burning wood for energy increases carbon in the atmosphere for decades to hundreds of years. This form of bioenergy use removes carbon that is stored in forests and releases it into the atmosphere.

“It makes no sense at all to save trees through recycling and then turn around to burn them for energy. There is nothing green, renewable, or environmentally friendly about that. Global forests are not disposable,” said study co-author Wolfgang Lucht of the Potsdam Institute for Climate Impact Research. “The European Union should wake up and limit the role of bioenergy in the transition to renewable energies.”

The study authors pointed out that, due to inefficiencies in the burning process, far more carbon will be generated by burning wood for electricity production compared to burning fossil fuels.

“Treating wood as a carbon-neutral fuel is a simple policy decision with complex cascading effects on forest use, energy systems, wood trade, and biodiversity worldwide,” explained study co-author Eric Lambin of Stanford University. “Clearly, many of these effects have not received due attention.”

Bjart Holtsmark of Statistics Norway added: “Although the directive encourages countries to harvest wood to burn, it does not require that they do. Countries should follow alternative strategies, focusing on solar in meeting European requirements for more renewable energy.”

The study authors warn that the use of wood as a biofuel will ultimately increase global warming for decades to centuries.

“European citizens once more experienced the harsh effects of global warming this summer,” said study co-author Jean-Pascal van Ypersele. “In the name of reversing climate change, this counterproductive policy will increase deforestation and carbon emissions rather than contribute to decreasing them. More emissions will only make the summers even hotter for decades to centuries.”