Exercise can help improve thinking skills as you get older • Earth.com 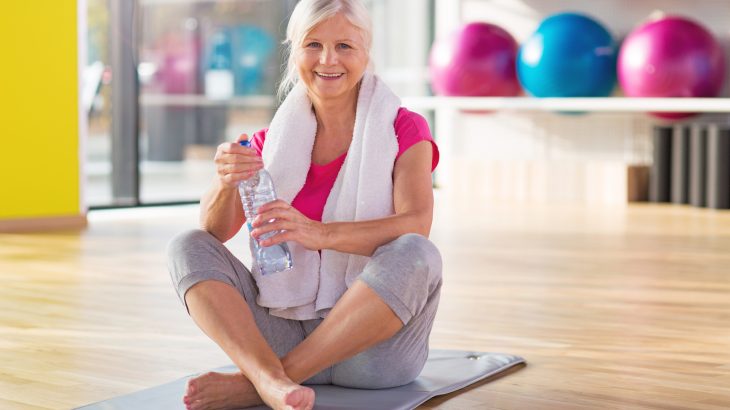 Exercise can help improve thinking skills as you get older

As we get older, some state of cognitive decline is a normal part of the aging process. But there is certainly a difference between the expected declines that come with aging and the cognitive impairment that dementia and Alzheimer’s causes.

It’s important to recognize the signs of cognitive decline and take preventive measures to slow down mental deterioration.

A recent study, published in an online issue of the journal Neurology, found that exercise may be an effective deterrent against cognitive impairments in people who aren’t diagnosed with dementia but still show signs of mental decline.

The study was conducted by researchers from the Duke University Medical Center in North Carolina, and the results show that just 35 minutes of aerobic exercise three times a week for six months could help improve thinking skills.

“The results are encouraging in that in just six months, by adding regular exercise to their lives, people who have cognitive impairments without dementia may improve their ability to plan and complete certain cognitive tasks,” said James A. Blumenthal, an author of the study.

Exercise was found to improve executive function in adults which is the ability to focus, organize goals, and regulate behavior.

160 adults with an average age 65 who had risk factors for heart disease and hypertension and who had cognitive impairments, but not dementia, participated in the study.

At the beginning of the study, none of the participants were active, and the researchers wanted to see how exercise and diet impacted thinking skills, specifically the Dietary Approaches to Stop Hypertension (DASH) diet which was created to help lower blood pressure.

The participants were split into four different groups. The first group had to do just aerobic exercise three times a week, the members of the second group only did the DASH diet, the third group exercised and changed to the DASH diet, and the fourth group listened to educational phone calls about health.

The researchers also tested thinking and memory skills at the beginning and end of the six-month study period and participants were asked to keep a food diary.

Participants who exercised and changed to the DASH diet scored the highest after the study was done.

For some of the participants, the scores translated to a reversal in age-related decline by up to nine years.For example, the members of the group who exercised and dieted had scores that corresponded with people nine years younger than what their previous scores had been.

“More research is still needed with larger samples, over longer periods of time to examine whether improvements to thinking abilities continue and if those improvements may be best achieved through multiple lifestyle approaches like exercise and diet,” said Blumenthal.