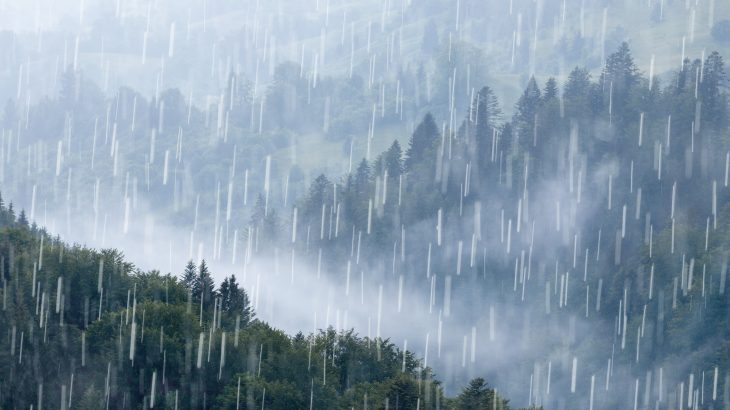 A new study has examined the complex fluctuations in precipitation and water availability that will occur with ongoing climate change. The experts report that higher rates of both rainfall and evaporation will lead to more extreme wet and dry seasons worldwide.

Study co-author Professor Ashok Mishra of Clemson University explained that previous studies have been primarily focused on how climate change will affect precipitation. The new research has taken a more thorough approach by examining the magnitude of precipitation and evaporation, as well as the subsequent variations in water availability.

The researchers found that most of the Eastern United States, including all of South Carolina, currently has high levels of precipitation that are well distributed throughout the year. These regions can expect greater precipitation and evaporation, along with wider variation in water availability, in both wet and dry seasons. Professor Mishra said the greatest concern will be more flooding.

The experts also determined that the areas that will be hardest hit by climate change are those that already receive excessive rainfall during wet seasons and struggle with drought during dry seasons. The highest risk areas identified in the study include parts of India, Bangladesh, Myanmar, northern Australia, Brazil, and Africa.

“The regions which already have more drought and flooding relative to other regions will further see an increase in these events,” said Professor Mishra.

Based on the analysis of multiple climate models, the team found that the best opportunity for stabilizing water availability during wet and dry seasons is to limit global warming to two degrees Celsius over pre-industrial levels.

When the researchers evaluated outcomes at temperature increases of 3.5 or 5 degrees Celsius, they found a consistent correlation between higher temperatures and more variation in water availability.

Professor Mishra said that his message to the world is that water is a very important resource.

“The availability of this resource is an issue everybody is facing. We need to take precautions to optimally use how much water we have. As the climate changes and population increases, we should be preparing for the future by improving the technology to efficiently use water for crops.”