Experts call for a digital approach to climate diplomacy • Earth.com 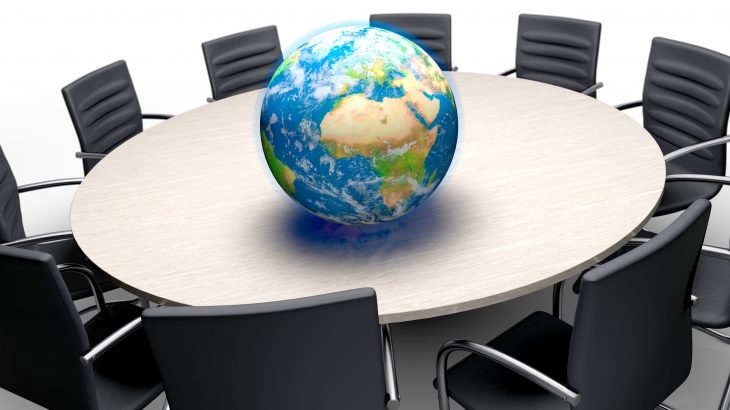 A major climate change summit has been postponed until next year as a result of the COVID-19 pandemic. Thousands of negotiators, policymakers, researchers, journalists. and campaigners were expected to attend COP26, and it was not feasible to move the meeting online.

The 26th Conference (COP26) of the Parties to the UN Framework Convention on Climate Change (UNFCCC) was scheduled to be held in Glasgow this November. It was recently announced that the summit will not be held until November of 2021.

However, 2020 is a critical time for keeping up worldwide momentum and determination to mitigate climate change. This year, parties were preparing to submit strengthened climate action plans and to publish long-term decarbonization strategies.

A team of scientists from the CMCC Foundation, Ca’ Foscari University of Venice, and University College London (UCL) is calling for a digital solution to support climate ambition throughout 2020. The experts argue that it is time to reevaluate the way climate diplomacy works and to consider the role that digital technology can play in making the UNFCCC process transparent and accessible to everyone.

The team suggests a “digital COP26-Part 1” as a way to complement, rather than substitute, this year’s climate summit.

“If technical feasibility would not be an issue, as demonstrated by many ongoing efforts to move crowded in-person meetings online, there are many reasons why a totally digital climate summit might not be as effective as a traditional one,” explained study co-author Elisa Calliari.

“Besides issues of real-time translation into the six UN languages, the digital divide between developed and developing countries could result in an additional source of power asymmetry within the UNFCCC process.”

“Moreover, a digital negotiation would ask to renounce face-to-face diplomacy, which plays an important role in building trust and fostering international cooperation.”

“Yet, after having participated to COPs for many years now, we wonder whether these mega-events are the most efficient and effective way to foster cooperation on climate action.”

The team said that securing the benefits of face-to-face negotiation does not mean that all the formal announcements and side events of COPs must be postponed.

“A ‘digital COP26-Part 1’ can serve this purpose, as a virtual space where all the aspects that do not need to be formally negotiated by countries can be announced and discussed.”

“Parties’ unilateral pledges on more ambitious national climate plans and strategies to reach net zero emissions by 2050 can be announced in this virtual space, together with their climate finance commitments and initiatives to strengthen communities’ resilience.”

“Moreover, our proposal includes the translation into video conferences of the rich program of side-events, which characterizes COP each year.”

The proposal is published in the journal Nature Climate Change.