An exploding star may have killed off the shark megalodon • Earth.com 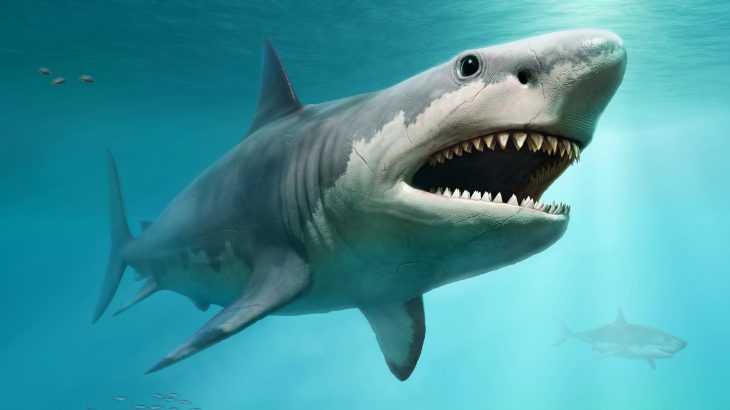 An exploding star may have killed off the shark megalodon

A study led by astrophysicist Adrian Melott at the University of Kansas may finally solve the mystery of what happened to the giant megalodon, a shark species that vanished around 2.5 million years ago.

Roaming the seas for millions of years, Megalodon was the largest shark and one of the most powerful predators in history. The enormous animals grew up to 60 feet in length and weighed as much as 100 tons.

When the famous fossil hunter Vito “Megalodon” Bertucci set out to reassemble a megalodon jaw, the project took him almost 20 years to complete. The result was the largest jaw ever reconstructed, measuring 11 feet across and almost 9 nine feet high.

Scientists could never explain why the massive species suddenly disappeared, but the new study proposes that an exploding star may be responsible. The researchers explain that energetic particles from an exploding star would have increased the flow of atmospheric particles called muons by several hundred times.

“We find that the radiation dose from the muons will exceed the total present surface dose from all sources at depths up to 1 km and will persist for at least the lifetime of marine megafauna,” wrote the study authors. “It is reasonable to hypothesize that this increase in radiation load may have contributed to a newly documented marine megafaunal extinction at that time.”

Muons are created when cosmic rays collide with atoms in the Earth’s atmosphere, where they travel at the speed of light and rain down on the planet from every angle.

“While still preliminary, these results may provide clues as to what may have led to the demise of O. megalodon during the Pliocene,” wrote the researchers.

“Therefore, large climatic shifts combined with evolutionary limitations may provide the ‘smoking gun’ for the extinction of the largest shark species to ever roam the planet.”