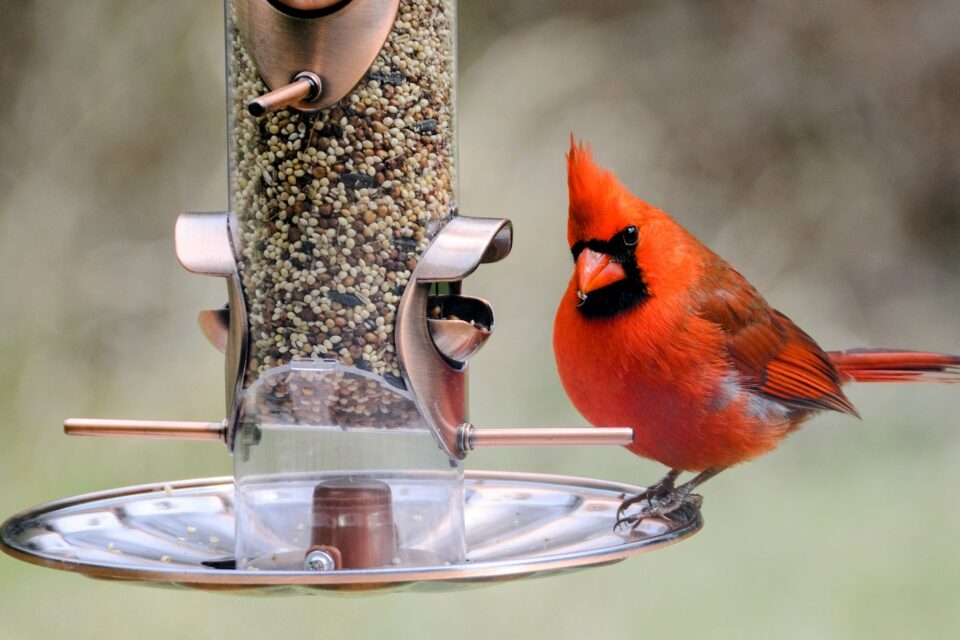 Exploring the impacts of human-wildlife interactions

A team of researchers from Virginia Tech and the Cornell Lab of Ornithology has recently received a grant from the Natural Science Foundation (NSF) to investigate human-wildlife interactions through bird feeding. By analyzing data from Cornell’s Project FeederWatch — a November-April participatory science project in which birders observe birds that visit backyards, nature centers, community areas, and other places in North America – the experts aim to learn how birds react to what people do in their backyards, how people react to what they see at bird feeders, and how birds impact people’s wellbeing.

“With this study, we will be able to explore how to maximize benefits to wildlife and humans in a dynamic system,” said principal investigator Ashley Dayer, a conservation social scientist at Virginia Tech. “Importantly, we aim to shed light on questions wildlife agencies are asking about how to address avian disease outbreaks. If they tell people to take down their bird feeders, how will that impact populations of birds and how will it impact human well-being if people are no longer seeing birds at their feeders?”

Besides exploring how to make changes to Project FeederWatch to include more minorities, such as Blacks, Indigenous people, or people with disabilities, the scientists will investigate ways of stopping the spread of a pathogen causing conjunctivitis in birds – an “indirectly lethal” disease which, although it doesn’t kill birds directly, it makes them lethargic and thus less able to feed themselves and more prone to predator attacks.

“We think that bird feeders ironically may help birds stay alive when they’re really sick because it provides an easy source of food,” explained co-principal investigator Dana Hawley, a professor of Biological Sciences at Virginia Tech. “But at the same time, by keeping diseased birds alive and using feeders, it’s probably contributing to spread, so there’s this trade-off where you might be helping diseased birds in an area by putting feeders up but potentially hurting the birds that have not gotten the disease yet.”

“What we’re looking for are ways to prevent spread rather than treating the birds, which is hard to do for wild birds. Preventing spread at feeders would minimize how many birds get sick in the first place. We’re trying to come up with some approaches for cleaning feeders that are realistic for people but still result in reduced spread of bacteria, such as using bleach wipes to clean feeding stations.”

According to the project leaders, conservation scientists cannot continue to study any biological phenomenon without incorporating an account of human behaviors and feelings. With this project, they hope to explore how important interaction with nature is for human wellbeing and possibly design new nature-based therapies for both physical and mental disorders.

“This is truly a transdisciplinary project in which the social sciences and the natural sciences will come together in the study of a complex system with significant outcomes for humans and ecological systems,” said Joel Snodgrass, head of the Department of Fish and Wildlife Conservation. “The project clearly illustrates the interconnection among people, animals, and their shared environment and will provide students the opportunity to work at the cutting edge of science that addresses the complex environmental and human health challenges we currently face.”

Seaweed farming could boost food security, yet preserve nature
News coming your way
The biggest news about our planet delivered to you each day