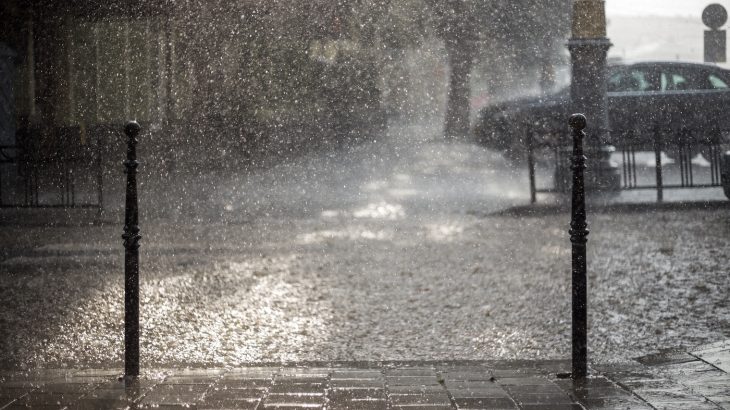 Extreme rainfall is defined as the top five percent of rainy days – which may mean different things to those who live in Seattle, Washington versus the Mojave Desert. But it has been known that extreme rainfall forms a pattern at a local level.

However, a new study published in Nature has found that there are also larger-scale global patterns to extreme rainfall events, which could be used to develop better forecasts and more accurate climate models.

This research was led by a team at Imperial College London and the Potsdam Institute for Climate Impact Research in Germany. Along with the potential of these findings to help improve global climate models, the study also provides a “baseline” for climate change studies. Through knowing how the atmosphere behaves to create patterns of extreme rainfall events, other researchers will be able to gain new insights into changes that may be a result of climate change.

“This finding could also help us understand the connections between different monsoon systems and extreme events within them,” says lead author Dr. Niklas Boers of the Potsdam Institute. “I hope that our results will, in the long term, help to predict extreme rainfall and associated flash floods and landslides in northeast Pakistan, north India and Nepal. There have been several such hazards in recent years, with devastating consequences in these regions, such as the 2010 Pakistan flood.”

In their research, the team developed a new method based in complex system theory in order to study high-resolution satellite data of rainfall. Through breaking the globe into a grid, they could see where events occurred and determine how “synchronous” they were. Their results revealed a potential mechanism for how the events were connected, as the patterns appeared to be created by Rossby waves, which are wiggles in fast-flowing currents of air way up in the atmosphere, known as jet streams.

While Rossby waves have been linked to regular rainfall, this is the first study to connect them to extreme rainfall event patterns.

“The new technique applied to satellite data shows very surprising relationships between extreme rainfall events in different regions around the world,” says co-author Brian Hoskins of Imperial College London. “For example, extreme events in the South Asian Summer Monsoon are, on average, linked to events in the East Asian, African, European and North American regions. Although rains in Europe do not cause the rain in Pakistan and India, they belong to the same atmospheric wave pattern, with the European rains being triggered first.”

The work done by these collaborative and multidisciplinary researchers could help shed light on how extreme weather events occur, and provide us with better forecasts and more accurate climate models.