How heavy winter rainfall in the Arctic is threatening ecosystems • Earth.com 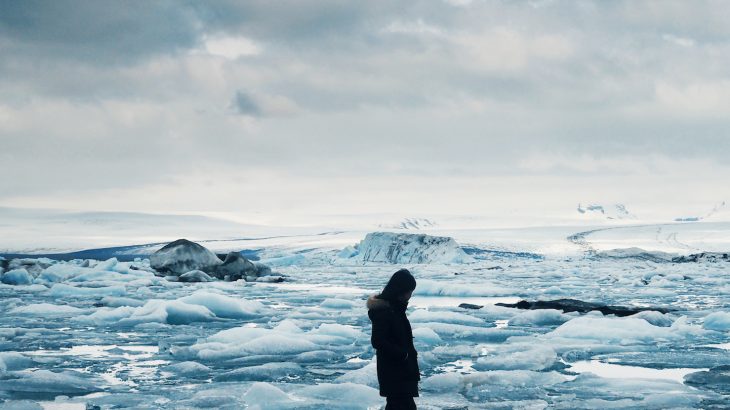 How heavy winter rainfall in the Arctic is threatening ecosystems

A new study from the Norwegian University of Science and Technology has found that an increase in winter rainfall across the Arctic has led to more ice on the ground. According to the researchers, the shift is so great that the ground has not been free from ice during winter since the beginning of this century.

The team of experts, which included biologists, meteorologists, and geophysicists, reviewed years of snowpack and weather data from two locations in the Arctic archipelago of Svalbard. Rain in this type of climate is especially threatening because rain falling on snow can freeze at the bottom of the snowpack, creating a layer of ice that is referred to as “basal ice.”

The ice formation can become so thick that it can swallow up and kill plants. Basal ice can also starve animals, like reindeer, which normally graze on mosses and dwarf shrubs in the snow. In addition, rain-on-snow events can saturate snowpacks to the point that they can avalanche.

The researchers explained that the amount of snow already on the ground is an important factor in basal ice formation.

“When, where and how much ice is formed is a complicated process,” said study lead author Bart Peeters. “But the main patterns are clear: basal ice forms when rain and meltwater freeze on the frozen ground, although this depends on how deep the snowpack is, if there is any snow at all, and when it starts raining.”

When there is a lot of snow on the ground and just a little rainfall, the rain can freeze into the snowpack. A large amount of rainfall, however, can penetrate throughout the entire snowpack, freezing when it hits the frozen ground below.

Study co-author Brage Bremset Hansen pointed out that the most important ecological implication of large-scale rain-on-snow events is that they can simultaneously affect all of the species in the island’s overwintering animal community.

Currently, however, that there is no evidence that the species that overwinter on the Svalbard tundra are at risk.