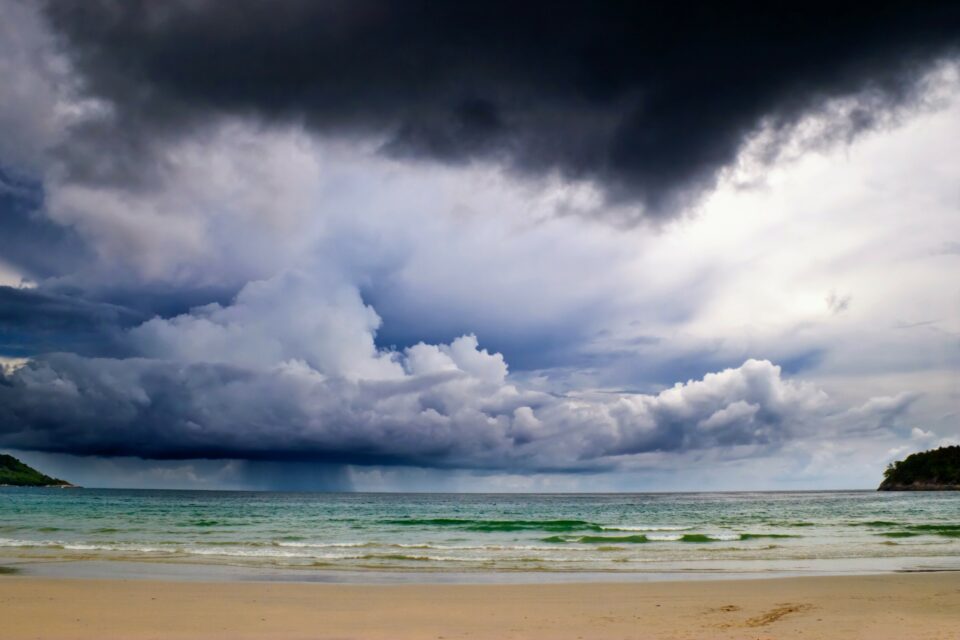 Previous studies of violent coastal storms have tended to focus exclusively on the extensive damage caused to beaches, dunes, properties, and surrounding infrastructure. However, new research led by the University of New South Wales (UNSW) has found that extreme weather events could actually help protect beaches from the impact of sea level rise, by bringing in new sand from deep waters or nearby beaches.

“We know that extreme storms cause major coastal erosion and damage to beachfront properties. For the first time we looked not just above water, where the impacts of extreme storms are easy to see, but also deep down below the water as well,” said study lead author Mitchell Harley, an expert in continental shelf dynamics at UNSW.

“What we found was that hundreds of thousands of cubic meters of sand were entering these beach systems during these events – that’s similar to the scale of what engineers use to nourish a beach artificially. This could potentially be enough to offset some of the impacts of sea level rises caused by climate change, such as retreating coastlines, and by several decades in the long-term. It’s a new way of looking at extreme storms.”

These findings emerged after Dr. Harley’s team examined three coastlines across Australia, the United Kingdom, and Mexico, which were all subjected to a series of extreme storms or extended storm clusters, followed by periods of beach recovery. High-resolution measurements of the beaches and seabed have revealed that sediment gains from the storms were sufficient to theoretically offset decades of projected shoreline retreat.

How much a coastline may change due to sea level rise is a crucial question facing coastline managers, as they plan to protect coastlines from the escalating impacts of climate change. To estimate this, scientists have previously used the Bruun rule, which states that, for a given meter of sea-level rise, the coastline is expected to retreat between 20 and 100 meters, depending on the steepness of the coast.

“The Bruun rule however has been criticized for its simplicity, as it doesn’t take into account the many complex factors about how individual beaches respond to sea-level rise,” said study co-author Geerd Masselink, a professor of Coastal Geomorphology at the University of Plymouth.  “This includes the presence of sand stored in deeper water immediately off the coast – and its potential to be mobilized during extreme weather events.”

For the moment, there are so few measurements of the seabed immediately off the coastlines that it is difficult to tell how much sand could be mobilized in the future.

“We’re only scraping the surface here. We need to repeat these types of monitoring measurements for more storms and different types of coastal settings under various conditions. Only then, will we be able to get a clearer understanding of how much sand is stored off the coast that could potentially help buffer the impacts of sea level rise – and a clearer picture of what our beaches could look like in the year 2100 and beyond,” concluded Dr. Harley.