Fear and anxiety share a common network in the brain • Earth.com 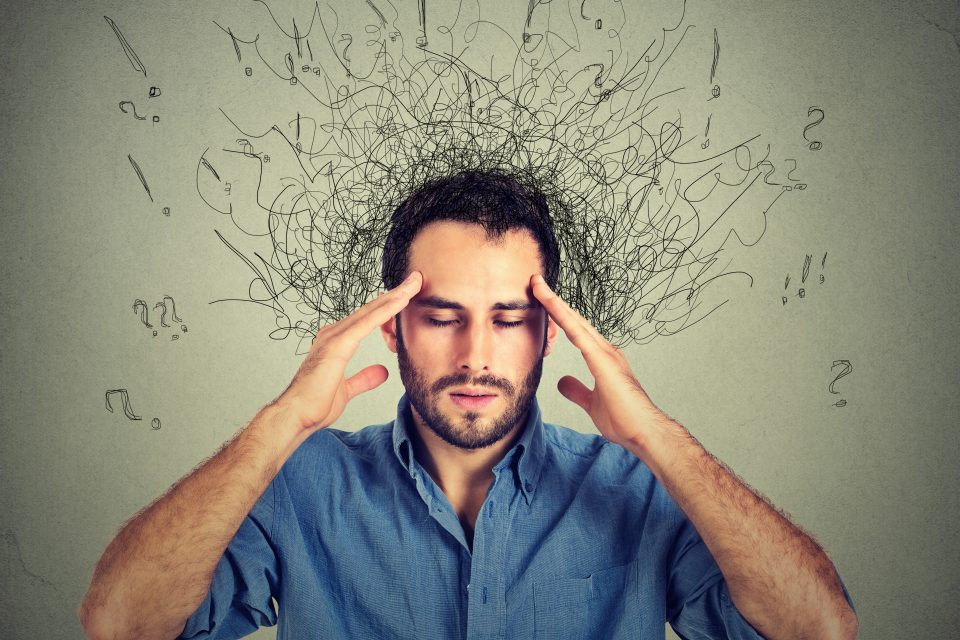 Fear and anxiety share a common network in the brain

The ongoing COVID-19 pandemic has shown no signs of slowing down in the United States, causing an increasingly widespread sense of fear and anxiety. By late August, the CDC estimates that nearly one in three adults, including 41 percent of 18 to 29-year-olds, were experiencing anxiety.

A study from the University of Maryland is providing brand new insight into the basic neuroscience of anxiety. The researchers have found evidence that fear and anxiety share overlapping circuits in the brain.

Study lead author Alexander Shackman is a professor of Psychology and a core faculty member of UMD’s Neuroscience and Cognitive Science Program.

“The conceptual distinction between ‘fear’ and ‘anxiety’ dates back to the time of Freud, if not the Greek philosophers of antiquity,” said Professor Shackman. “In recent years, brain imagers and clinicians have extended this distinction, arguing that fear and anxiety are orchestrated by distinct neural networks.”

However, Professor Shackman noted that the new study supports a rapidly growing collection of evidence which suggests that the old model is wrong. “If anything, fear and anxiety seem to be constructed in the brain using a massively overlapping set of neural building blocks.”

The prevailing scientific theory proposes that fear and anxiety are distinct, with different triggers and segregated brain circuits. Fear is believed to be controlled by the amygdala, while anxiety is thought to be orchestrated by the bed nucleus of the stria terminalis (BNST). However, the UMD findings indicate that both of these brain regions are equally sensitive to common threats.

Using the latest neuroimaging techniques available at the Maryland Neuroimaging Center, the team monitored neural activity while participants anticipated receiving a painful shock paired with an unpleasant image and sound. This is a new task that the researchers call the “Maryland Threat Countdown.”

The experts discovered that the fear and anxiety associated with threat anticipation recruited a common network of brain regions, including the amygdala and the BNST. Across a range of comparisons, fear and anxiety showed statistically indistinguishable responses, according to the researchers.

The observations raise important questions about the Research Domain Criteria (RDoC) framework that is used to identify the brain circuitry that underlies anxiety disorders and other common mental illnesses.

“As it is currently written, RDoC embodies the idea that certain and uncertain threat are processed by circuits centered on the amygdala and BNST, respectively. It’s very black-and-white thinking,” said Professor Shackman, emphasizing that RDoC’s “strict-segregation” model is based on data collected at the turn of the century.

“It’s time to update the RDoC so that it reflects the actual state of the science. It’s not just our study; in fact, a whole slew of mechanistic studies in rodents and monkeys, and new meta-analyses of the published human imaging literature are all coalescing around the same fundamental scientific lesson: certain and uncertain threat are processed by a shared network of brain regions, a common core.”

“Anxiety disorders impose a substantial and growing burden on global public health and the economy. While we have made tremendous scientific progress, existing treatments are far from curative for many patients. Our hope is that research like this study can help set the stage for better models of emotion and, ultimately, hasten the development of more effective intervention strategies for the many millions of children and adults around the world who struggle with debilitating anxiety and depression.”