It’s feast or famine for creatures on the ocean floor • Earth.com 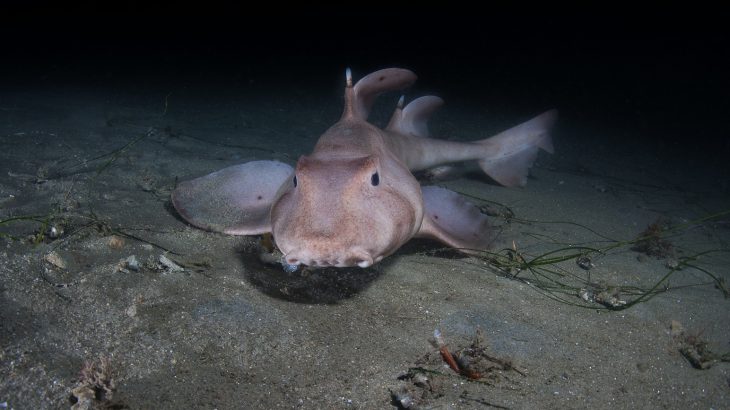 It’s feast or famine for creatures on the ocean floor

For the very first time, scientists have calculated the amount of energy that makes it from plants and animals at the ocean’s surface all the way down to the seafloor. The researchers found that, more than two miles deep in the water, there is a surprisingly resilient ecosystem waiting for the nutrients.

The study revealed that little energy survives long enough to make the journey, as most of it is lost to bacteria. However, a particular type of single-celled algae known as a diatom is heavy enough to sink after death, plunging toward the seafloor before bacteria get a chance to scour the surface of the water.

Despite the fact they are dead, the diatoms arrive at the ocean floor with most of their energy intact. These nutrients are supplied to tubeworms and other small organisms that have been found to live a “feast-or-famine” existence.

“Diatoms represent only about 3% to 5% of the phytoplankton at the surface, but provide most of the energy that makes it to the ocean floor,” said Letelier. “These large diatoms have silica shells that make them heavy and allow them to sink before they become depleted.”

“Energy can be a funny thing. You can eat a doughnut or a piece of coal, and they both may contain about the same amount of carbon. But you can’t get much energy from eating the coal. We usually measure the amount of carbon in organisms, not the amount of energy they provide. This study is one of the first to focus on energy and the results are surprising.”

During an investigation focused on the North Pacific Subtropical Gyre, the researchers found another factor that drives the “feast-or-famine” lifestyle of organisms on the seafloor. The team discovered that there is a huge peak in diatom production during the last two weeks of August, creating a dramatic boost in food production.

“You can set your calendar by it – the last couple of weeks in August is diatom season,” said Letelier. “The organisms that are two-plus miles below the surface can gorge themselves for a short period of time, and then they have to survive on not very much food for the rest of the year. Luckily, it’s a cold-water environment and thus they have a low metabolism, so they probably don’t need much.”