Female chimps can sense which males pose a threat to their young • Earth.com 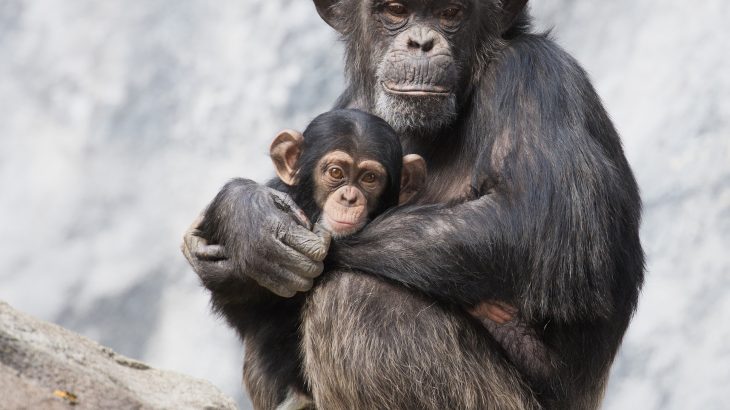 Female chimps know which males to avoid to keep their babies from being killed, according to a new study.

The research expands on previous observation of infanticide among chimpanzees in the Budongo Forest in Uganda first made over 20 years ago.

“Watching chimps killing infants is really shocking, and although it’s pretty well reported, it’s not been entirely clear why they do it,” said Adriana Lowe, the lead author of the study published in the American Journal of Physical Anthropology.

While there is no firm explanation for this behavior, it’s theorized that a high-ranking male will kills baby chimps in order to increase their chances of fathering young.

This would be especially relevant for a male who rose quickly through the ranks and was surrounded by babies of other males.

Mating is linked to rank, and researchers from the University of Kent and the University of St. Andrews observed the Budongo group of chimps during an unstable period where a mid-ranking male chimp rapidly rose in rank.

The researchers found that while this was happening female chimps kept their distance from that male chimp in particular because of the risk he posed to their young.

Instead, females stayed close to and sought the protection of males they felt held a stable high rank.

The results show that females are extremely sensitive to changes in their group and know which male chimps are more likely to commit infanticide.

“The mothers’ behaviour in our study supports the hypothesis that it’s a strategy by the males to get more mating opportunities,” said Lowe. “Male chimps are often described as great politicians as they use complex alliances to compete for high rank but this shows that the females are just as tuned in to the social environment, watching the males from the side-lines, sensitive to any changes which might put their babies in danger.”