Festive Christmas plants may not be as safe as you think! • Earth.com 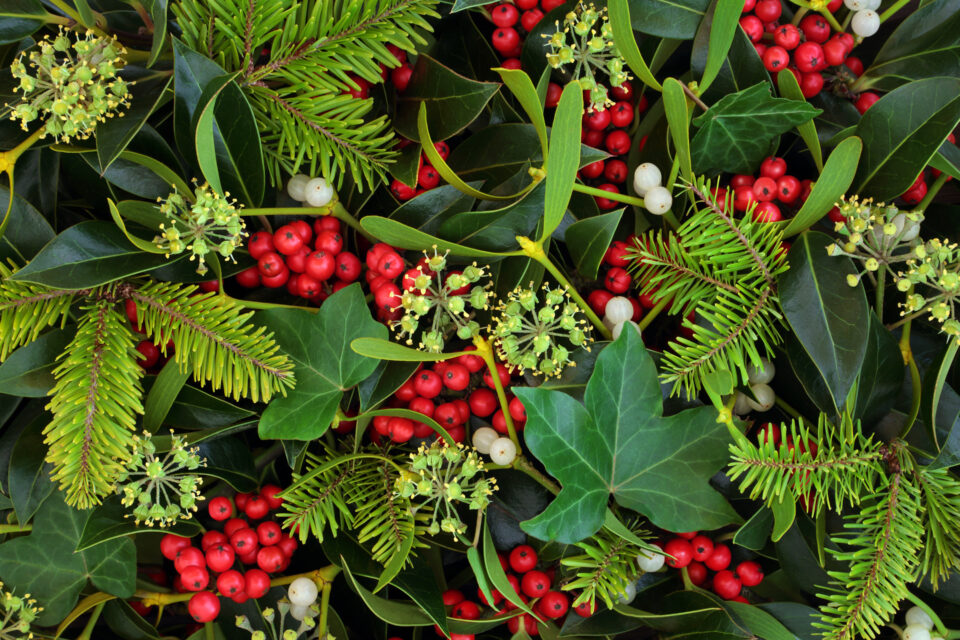 Festive Christmas plants may not be as safe as you think!

Christmas time has come around again and we are ready to deck our halls and trim our trees. But first, we are encouraged by the authors of a new article published in The British Medical Journal to take note of some of the nastier characteristics of the festive plants typically associated with the holiday season.

The researchers conducted informal interviews with 22 friends and colleagues on the plants they associated with Christmas, checked aisles of shops, garden centers and florists, looked in magazine back catalogs, and immersed themselves in Yuletide songs, films, and stories. Their friends and colleagues were largely from a British background, and the traditions and festive plants they mentioned reflect this.

The experts then looked up each plant species in the TOXBASE database to determine whether it had any harmful attributes. Those listed as low toxicity were excluded from further search criteria. For those listed as toxic, the authors searched PubMed, along with the terms “poison,” “poisoning,” and “Christmas.”

Luckily, their searches turned up little negative information about Christmas trees. It seems that these are safe to gather around, although some people who handle a lot of Christmas trees may develop a case of contact dermatitis.

The ivy we may use to deck our halls or adorn our tables is also a friendly plant. But the holly has sharp, spiky leaves and its berries contain saponins, which can cause an upset stomach, drowsiness, and even problems with balance and speech (ataxia), if consumed in large quantities.

It may well be fine to sneak a kiss with a loved one under the Christmas mistletoe, but you should not get any closer than this to the plant. All parts of it (the stem, leaves and berries) are poisonous. Mistletoe contains toxic proteins known as viscotoxins (ricin is a famous member of this family), and eating it may lead to blurred vision, gastrointestinal upsets, vomiting and fever. Cliff Richard’s famous seasonal song Mistletoe and Wine is a particularly disastrous combination, warn the study authors.

And if someone were to give you a pear tree for Christmas, you should be sure not to eat the seeds. Pears have seeds that contain amygdalin, which is converted to cyanide in the gut. While there are no reports of human cyanide poisoning resulting from pear seed consumption, it would be wise not to overindulge in these fruits.

Beware if your neighbor hangs up a wreath containing bittersweet and yew. Bittersweet is a nightshade, the berries of which contain solanine glycoalkaloids; high levels of these can bring on unpleasant abdominal cramps. Yew leaves contain alkaloids known as taxines, that cause cardiac dysrhythmias; eating just a few can prove fatal. The researchers state that yew was used as a method of suicide among defeated Celtic tribes in Julius Caesar’s conquest of Gaul.

People love to decorate their homes with indoor flowers during Christmas time. Cyclamen are safe indoor Christmas flowers, as are Christmas cactus and poinsettia. It seems that, although poinsettias have a reputation for being toxic, this is not true and most exposures to this festive plant don’t require medical attention. The sap may irritate your skin, however, and should definitely be kept away from your eyes.

Unfortunately, the ornamental Christmas rose, or hellebore, is not as benign. This plant contains cardiac glycosides, which may affect the heart’s rhythm and cause unpleasant symptoms in the stomach, intestines, kidneys and nervous system. The Jerusalem or Christmas cherry is another nightshade; its tempting berries contain toxic solanine glycoalkaloids that cause gastrointestinal symptoms if ingested.

And then there is the matter of Christmas dinner, which is also not without its pitfalls. For example, your roast potatoes are from the nightshade family and are related to the Christmas cherry. The growing buds (“eyes”) contain the same solanine glycoalkaloids on exposure to light and these are not destroyed by cooking. Luckily the potato tuber has a low concentration of solanines, unless it has turned green in the cupboard, prior to cooking, in which case these toxins may cause vomiting, diarrhea, delirium, and tachycardia.

Buttered parsnips should not present any dangers, say the study authors, as long as you are sure of their identity. In the past, foragers have sometimes mistaken poisonous water hemlock for parsnips, and have suffered seizures and kidney damage as a consequence.

It seems that even a sprig of rosemary used to flavor and garnish your roast dinner may be hazardous. The experts point to a case where a rosemary twig caused a perforated bowel and subsequent hepatic abscess. On the other hand, Brussels sprouts, do not seem to be poisonous, note the authors. “Looks like you’ll have to endure them after all.”

Finally, they sound a note of caution regarding cinnamon and nutmeg, two of the spices found in eggnog or mulled wine, not to mention Christmas pudding.

They suggest avoiding the “cinnamon challenge,” a viral video challenge to eat a spoonful of ground cinnamon in under 60 seconds without drinking anything. This challenge was apparently responsible for several cases of respiratory distress requiring medical attention. Cinnamon is a noxious powder that is bio-resistant in the lungs and may also cause hypersensitivity reactions.

Nutmeg, another typical Christmas spice, can trigger hallucinations at a remarkably low dose (less than a tablespoon). The chemical agent responsible, myristicin, has also been linked to gastrointestinal distress, seizures, psychosis, delirium and death.

In summary, the researchers recommend moderation in everything, along with sensible precautions, such as refraining from consumption of foliage, festive household plants, and unidentified wild species.

“We hope that this piece has given you the information necessary to navigate holiday foliage more safely,” they conclude.