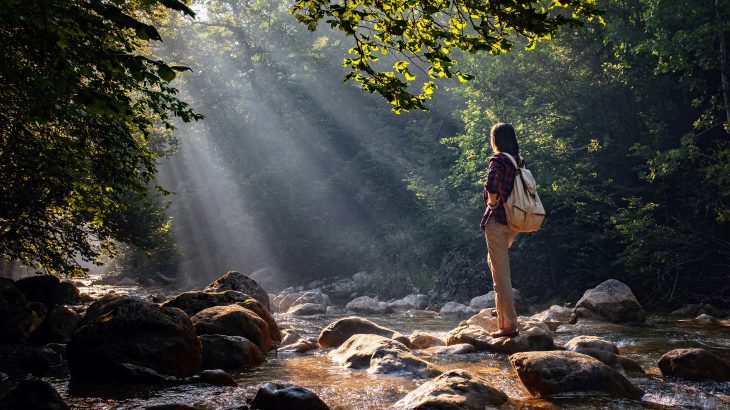 A new report published by Frontiers has revealed that up to 97 percent of Earth land is no longer ecologically intact. This is ten times less than the amount of remaining intact wilderness areas found in previous assessments.

In past studies on the integrity of natural ecosystems, experts focused on mapping the human impact on wilderness areas. Maps indicated that between 20 and 40 percent of the planet’s terrestrial surface remains free from major human disturbance, including development and light and noise pollution.

For the current study, Dr. Plumptre and his team took a different approach. Instead of focusing on the human impact on wilderness, they looked at Key Biodiversity Areas (KBA) Criterion C, which states that an intact ecological community has the full range of species known to occur in a particular site.

Based on faunal intactness, as well as functional intactness, the researchers found that only between 2 and 3 percent of Earth’s terrestrial surface qualifies as being intact.

Among the sites that meet the study’s criteria, only 11 percent are legally protected. Many of these wilderness areas coincide with territories managed by indigenous communities, which play a crucial role in maintaining them.

“Areas identified as functionally intact included east Siberia and northern Canada for boreal and tundra biomes, parts of the Amazon and Congo basin tropical forests, and the Sahara Desert,” wrote the study authors.

On the bright side, the researchers estimated that up to 20 percent of the planet’s land surface could be restored to faunal intactness through reintroductions of only a few species into remaining intact habitat.

“The results show that it might be possible to increase the area with ecological intactness back to up to 20% through the targeted reintroductions of species that have been lost in areas where human impact is still low, provided the threats to their survival can be addressed and numbers rebuilt to a level where they fulfil their functional role,” explained Dr. Plumptre.

Going forward, it is important to identify areas under KBA Criterion C to help focus attention on these sites for conservation and restoration.

“It has been shown that intact habitat has important benefits for both wildlife and people and as a result needs to be a critical target of the ongoing negotiations of the Convention on Biological Diversity post-2020 global biodiversity framework,” said Dr. Plumptre.

“Recognition of these special places within intact habitat, where you have full functional intactness, is needed and plans to focus restoration in areas where ecological integrity might be recovered.”

The study is published in the journal Frontiers in Forests and Global Change.