Fighting is infectious among groups of monkeys • Earth.com 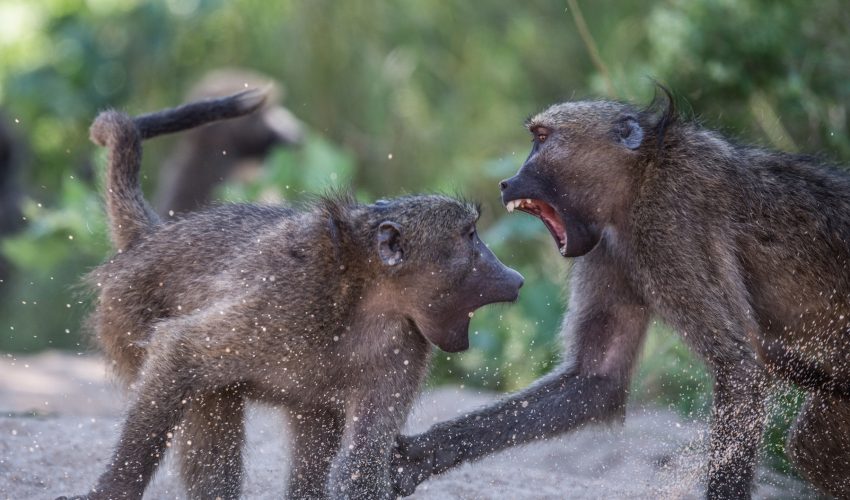 Fighting is infectious among groups of monkeys

New research shows that monkey fights spread like a disease, with one fight causing another, which prompts another, and so on. In fact, the fighting typically won’t stop until the original first pair resolve their issues. The findings have led scientists to believe that the fighting is based on collective memory.

Macaques are widely studied in the scientific community because of their similar neural networking to humans. The researchers used macaques to better understand conflict variations, such as size and duration, to see if there existed any patterns that could better explain social behaviors.

While observing the macaques, the team found that there were conflicts in the group, but that there were also distinct restful periods without fighting. When a fight was started, one macaque would threaten or attack another. The fighting would then spread through the macaque group and would not stop until the original conflict was resolved.

“The duration of the conflict is not just determined by individuals independently deciding whether to continue fighting or drop out, but through their joint memory for the past and subsequent collective decision-making,” said Jessica Flack from the Santa Fe Institute.

The researchers feel a similar model could explain human aggressions and fights.

By understanding how long a fight will last among macaques, and knowing that the original conflict is the source of spreading monkey aggression, future research can predict and determine quantifiers for conflicts that break out, and also help to manage conflicts.