Fin whale songs can help map the structure of the Earth's crust • Earth.com 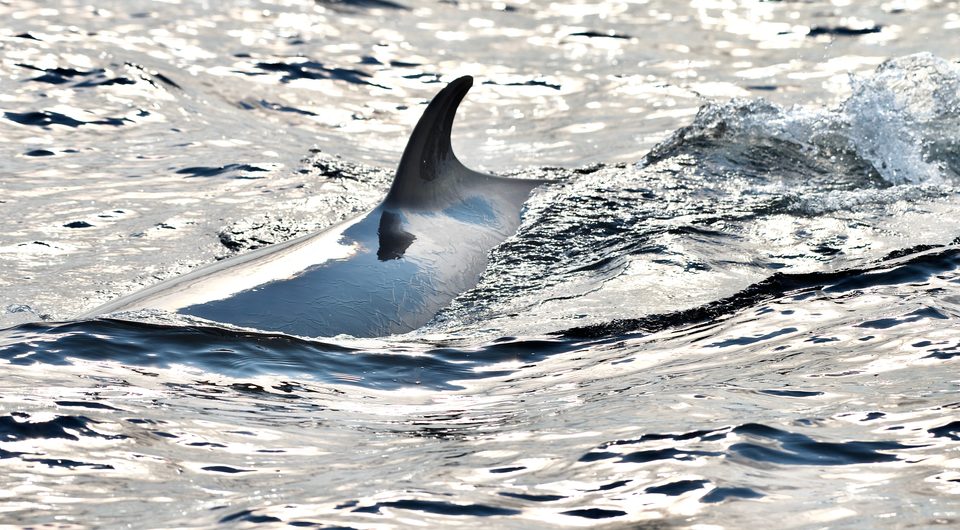 The songs of fin whales can be used to survey the structure of the seafloor, according to a new study from Oregon State University. The experts report that fin whale songs contain signals that are reflected and refracted within the crust, including the sediment and the solid rock layers beneath.

Study co-author John Nabelek explained that these signals can be used to determine the thickness of the layers as well as other information relevant to seismic research.

“People in the past have used whale calls to track whales and study whale behavior. We thought maybe we can study the Earth using those calls,” said Professor Nabelek. “What we discovered is that whale calls may serve as a complement to traditional passive seismic research methods.”

The songs of fin whales occur at frequencies known to travel well across the ocean floor, persisting for up to hours at a time. The vocalizations be as loud as large ships, and are often captured by seismometer (OBS) stations on the seafloor that monitor earthquake activity.

Professor Nabelek said the study serves as a proof of concept that could provide new avenues for using data from whale calls in research.

“This expands the use of data that is already being collected. It shows these animal vocalizations are useful not just for understanding the animals, but also understanding their environment.”

In collaboration with study lead author Vaclav M. Kuna, Professor Nabelek analyzed earthquakes from a network of 54 underwater seismometers positioned along the Blanco transform fault. At its closest point, the fault is around 100 miles off Cape Blanco on the coast of Oregon.

The team recognized strong signals on the seismometers that correlated with the presence of fin whales in the area.

“After each whale call, if you look closely at the seismometer data, there is a response from the Earth,” said Professor Nabelek.

The calls recorded at the seismometer can provide information that allows researchers to estimate and map the structure of the crust. Based on a series of whale songs recorded by three seismometers, the researchers were able to pinpoint the whale’s location and use the vibrations to create images of the Earth’s crust layers.

According to Professor Nabelek, the current traditional method for imaging of the crust can be expensive and permits can be difficult to obtain because the work involves deploying air guns. While the whale songs are captured at a lower resolution, they are also much less invasive.

“The data from the whale songs is useful but it doesn’t completely replace the standard methods,” noted Professor Nabelek. “This method is useful for investigating the Earth’s oceanic crust where standard science survey methods are not available.”