"Fingers" discovered in the flippers of beaked whales • Earth.com 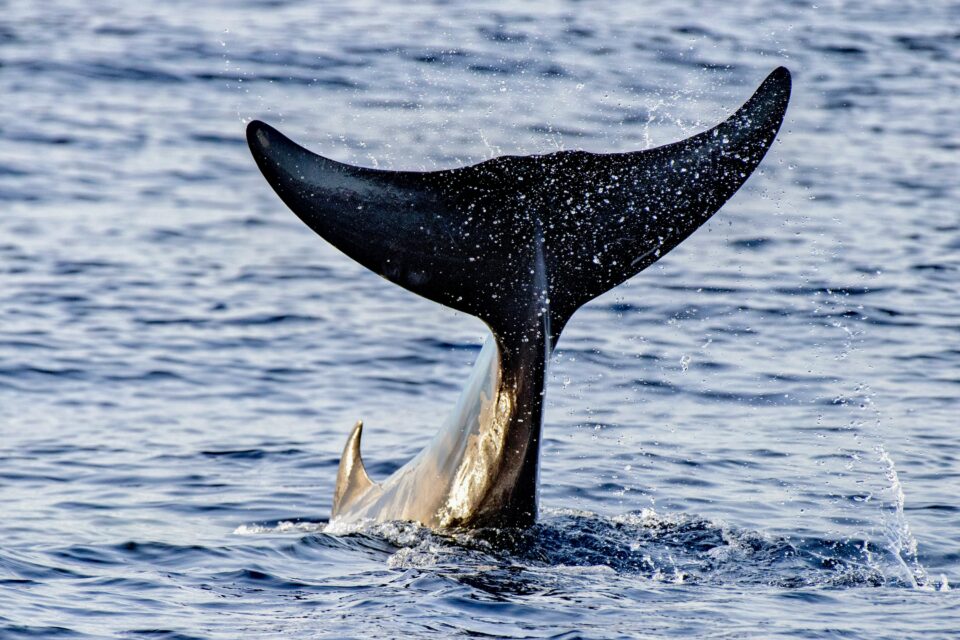 "Fingers" discovered in the flippers of beaked whales

New research led by the Natural History Museum in Denmark has found that beaked whales have five finger-like appendages hidden in their flippers. Scientists claim that these bones are a leftover trait from one of the whales’ ancient ancestors, which was a land mammal living approximately 50 million years ago.

Dr. Mark D. Scherz, an assistant professor of Vertebrate Zoology at the University of Copenhagen and the curator of Herpetology at the Natural History Museum, dissected a beaked whale that washed ashore and pulled away the flesh from its flipper to reveal the bizarre finger-like appendages.

“Flippers have evolved repeatedly in various lineages of mammals and reptiles, each time in a different way; the fundamental structure is the pentadactyl limb, but the specific structure of the limbs differs very strongly,” explained Dr. Scherz.

Whales appear to have descended from a stocky, fox-sized animal with an elongated body and tail similar to that of a deer. This creature initially lived on land, but had most probably hunted and hid repeatedly in the water, until it became fully aquatic.

This hypothesis was first formulated in 2009 by Hans Thewissen, a paleontologist at Northeast Ohio Medical University. In a study published in the journal Evolution: Education and Outreach exploring the origin of whales, dolphins, and porpoises, Professor Thewissen and colleagues argue that the whales’ terrestrial ancestor (which they dubbed Indohyus), waded often in the water like a hippopotamus, both to search for food and to avoid predators. Finally, it became a fully aquatic creature, increasingly resembling today’s whales.

Paleontological evidence show that the Indohyus had bones with a much thicker outside layer than those of other mammals, a characteristic that is often found in slow aquatic waders such as the hippopotamus.

More evidence for the origins of today’s whales was recently found in Egypt, where scientists discovered a 43-million-year-old fossil of a previously unknown four-legged whale species belonging to the Protocetidae, a group of extinct whales. This species was probably also semi-aquatic, roaming the land while occasionally entering the water.

Such findings are crucial for increasing our understanding of the mysterious origins and complex evolution of aquatic mammals.