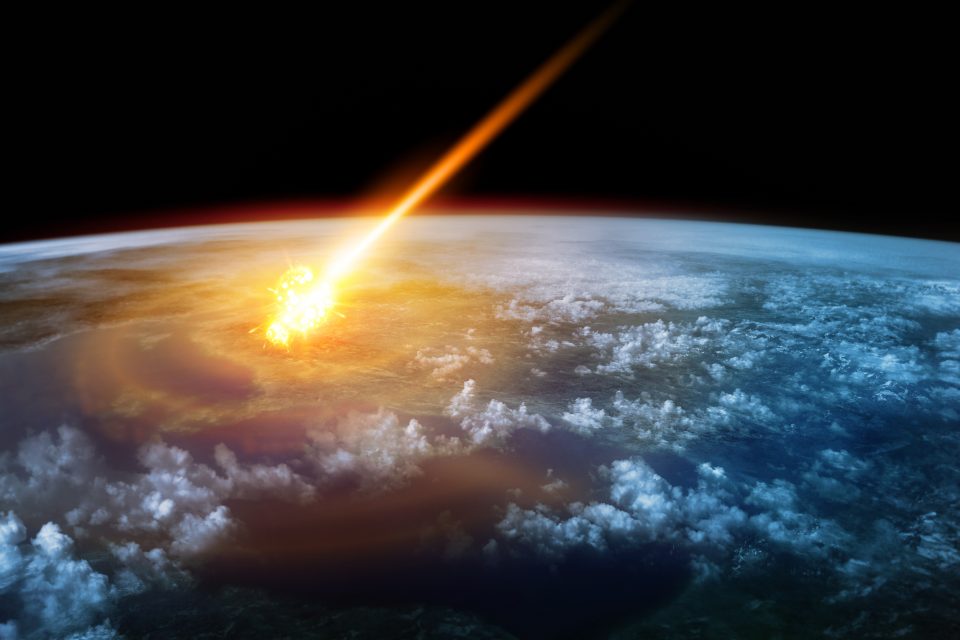 In 2018, a fireball meteor that appeared in the sky over the Midwest landed on a frozen lake in Michigan and was quickly recovered. The meteorite is not only providing scientists with a look at what space rocks are like when they are still in outer space, but also contains pristine extraterrestrial organic compounds that could hold secrets about the origins of life.

Study lead author Philipp Heck is a curator at the Field Museum and a professor in the  Department of Geophysical Sciences at the University of Chicago.

“This meteorite is special because it fell onto a frozen lake and was recovered quickly. It was very pristine. We could see the minerals weren’t much altered and later found that it contained a rich inventory of extraterrestrial organic compounds,” said Professor Heck.

“These kinds of organic compounds were likely delivered to the early Earth by meteorites and might have contributed to the ingredients of life.”

Scientists used NASA’s weather radar to locate the pieces of the meteorite that fell onto the lake. The experts were able to collect the rocks before their chemical makeup was altered by exposure to liquid water.

“Weather radar is meant to detect hail and rain,” said Professor Heck. “These pieces of meteorite fell into that size range, and so weather radar helped show the position and velocity of the meteorite. That meant that we were able to find it very quickly.”

Less than two days after the landing, meteorite hunter Robert Ward found the first piece of the space rock on the frozen surface of Strawberry Lake. The meteorite was then donated to the Field Museum, where Professor Heck and graduate student Jennika Greer were waiting.

“When the meteorite arrived at the Field, I spent the entire weekend analyzing it, because I was so excited to find out what kind of meteorite it was and what was in it,” said Greer. “With every meteorite that falls, there’s a chance that there’s something completely new and totally unexpected.”

The team quickly determined that the meteorite was an H4 chondrite, which only makes up four percent of all meteorites that fall to Earth. The most exceptional thing about this meteorite, however, is how quickly it was collected for analysis.

“This meteorite shows a high diversity of organics, in that if somebody was interested in studying organics, this is not normally the type of meteorite that they would ask to look at,” said Greer. “But because there was so much excitement surrounding it, everybody wanted to apply their own technique to it, so we have an unusually comprehensive set of data for a single meteorite.”

It is believed that the organic compounds which gave rise to life on Earth may have hitched a ride to our planet on meteorites.

“Scientists who study meteorites and space sometimes get asked, do you ever see signs of life? And I always answer, yes, every meteorite is full of life, but terrestrial, Earth life,” said Professor Heck. “As soon as the thing lands, it gets covered with microbes and life from Earth. We have meteorites with lichens growing on them. So the fact that this meteorite was collected so quickly after it fell, and that it landed on ice rather than in the dirt, helped keep it cleaner.”

“This study is a demonstration of how we can work with specialists around the world to get most out of the small piece of raw, precious piece of rock. When a new meteorite falls onto a frozen lake, maybe even sometime this winter, we’ll be ready. And that next fall might be something we have never seen before.”

The study is published in the journal Meteoritics & Planetary Science.