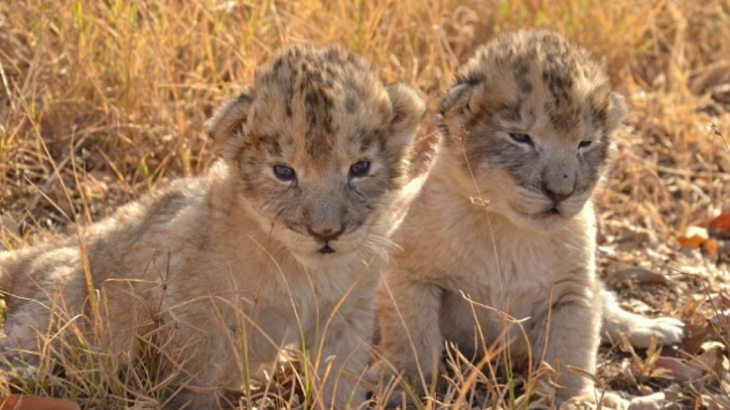 Earlier this year it was reported that there were more tigers in captivity than in the wild. The news was just one in a long line of studies that emphasizes how the world’s big cats are highly endangered.

According to the Daily Mail, experts from the University of Pretoria pioneered in vitro fertilization research for big cats and their efforts led to the birth of two “test-tube” cubs, a male and female.

The sperm of a male lion was placed inside a lioness in the Ukutulu Game Reserve and three months later the cubs were born. Both cubs are healthy and thriving in the reserve.

“When they are big enough they will be introduced to the other lions but that will be some time yet but meanwhile they are happy and healthy and playful and leading us a merry dance,” Willi Jacobs, the owner of the Game Reserve told the Daily Mail. “This research although done on lions will benefit all the highly or critically endangered species in the world and will benefit so many types of big cat close to the danger of extinction.”

Big cat species like tigers and snow leopards are among the many species whose populations are steadily decreasing due habitat loss and degradation and human activities.

Many are endangered which is why this new breakthrough has so much promise. Artificial insemination could help bring some big cat species back from the brink and ensure their continued survival.

“This was a world first for lions and now we start a journey and the idea is to improve our knowledge and understanding of the big cats and move the research quickly forward,” Isabel Callealta, the lead researcher on the project, told the Daily Mail. “The research will hopefully mean we can start working towards carrying out similar procedures on some of the much rarer big cats like the snow leopard and the tiger in the future.”