Fish converge in evolution to assimilate to dark water • Earth.com 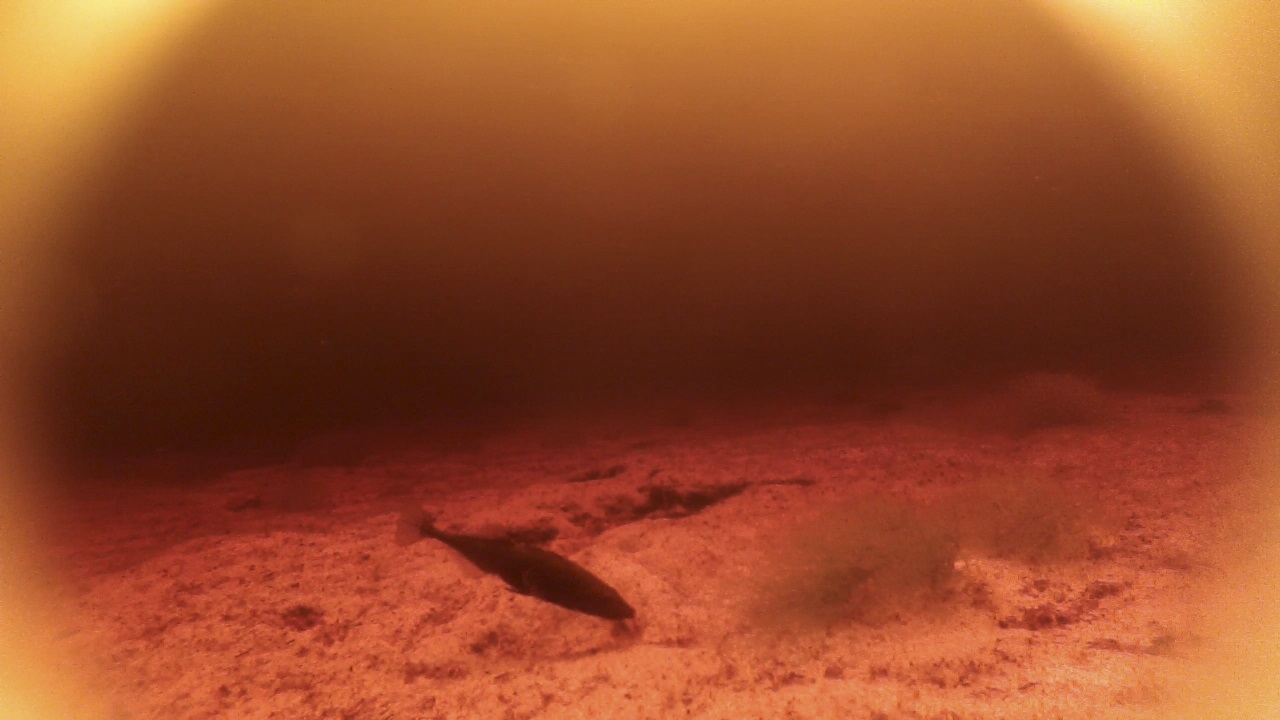 Fish converge in evolution to assimilate to dark water

A study published in the open access journal PLOS Biology has combined genetic analysis with an ambitious 19-year-long selection experiment in order to follow the evolution of a single color-vision gene in fish. The findings show that the mechanisms of adaptive evolution may actually be more predictable than previously thought.

For over 12,000 years, species of three-spined stickleback fish have flourished in the hundreds of freshwater lakes off the coast of British Columbia. Interestingly, these fish have branched out and formed independently evolving populations within their lakes.

All of these lakes can be broadly classified as either “clearwater” or “blackwater.” In clearwater lakes, full spectrum light is able to pass through the water relatively unimpeded, making visibility much easier for eyes such as our own. In blackwater lakes, most of the visible light is absorbed, creating an almost nocturnal environment where only dim, red-shifted light is able to get through.

The opsin protein SWS2 is sensitive to blue light, and can be found in the cone cells responsible for color vision in stickleback retina. Previous studies have show that amino acids changes in this protein allow it to be “tuned” to make it more sensitive to either the blue or red end of the light spectrum.

In this study, researchers compared the genetic sequences of SWS2 from marine, clearwater, and blackwater sticklebacks. Included in this group was a population of blackwater fish that the scientists had transplanted into an empty clearwater lake 19 years before, leaving them there to evolve.

The research team also found that the blackwater fish they had transplanted to a clearwater lake 19 years prior actually expressed a similar natural selection – except this time with the SWS2 becoming more sensitive to the abundant blue light in the clearwater lake. After only 13 generations, a significant portion of the population contained alternative versions of the gene that shifted to blue light sensitivity. These results show how remarkably fast this selective pressure can work.

Finally, the researchers also compared their stickleback results to other studies on the opsin genes of two related species of fish. The Bluefin killifish and black bream are distantly related to sticklebacks – separating on the evolutionary tree millions of years ago. These fish had also adapted to both blackwater and clearwater habitats.

Despite their distant relation, the researchers found two of the same genetic changes seen in stickleback SWS2 also show up in the SWS2 genes of these fish species. Because these same genetic changes occurred separately in their ancestor and in the sticklebacks, this is a perfect example of convergent evolution occurring over vastly different time scales (19 years versus millions of years).

David Marques of the University of Victoria believes that the data “show that evolutionary ‘tinkering’ with a limited set of tools can lead to convergent ‘solutions’ to common problems both within species and between widely separated groups.” In other words, evolution may occur more predictably than we ever imagined.