How listening to fish mating calls could help protect them • Earth.com 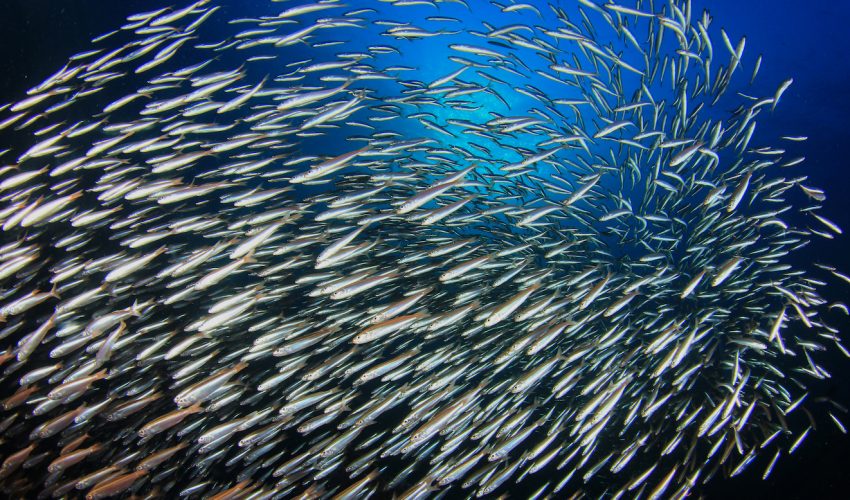 How listening to fish mating calls could help protect them

Scientists have discovered a new way to count fish by listening to their mating calls.

The research team from The University of Texas Marine Science Institute and Scripps Institution of Oceanography used underwater microphones to estimate how many fish are in a spawning aggregation, based on their mating calls.

Each spring, the entire adult population of Gulf corvina, totally more than 2 million fish, migrates to a small area at the northern tip of the Gulf of California, the study said. Male mating calls reach 192 decibels, enough to damage human eardrums if it were on land.

The noise leads fishers to the corvina spawning aggregations. Over about 20 nights each spring, they can harvest more than a million fish with minimal effort. Because the entire species spawns in one place, they are extremely vulnerable.

Accurate data on when and where fish spawn, as well as how many there are, would help fisheries design effective management practices and monitor the ongoing health of a fishery, the authors said.

“Our work opens an acoustic window into these exciting spawning events,” Erisman said.

The researchers developed the method specifically for the Gulf corvina but it can be adapted to any fish that make courtship sounds. This includes cod, groupers, croakers, and the endangered totoaba, a species that is also endemic to the Gulf of California, the study said.

The new acoustic method for monitoring spawning populations could help ensure that corvina fishing is sustainable in the long run, the authors said.

“The fishers are by no means the enemy here,” said Erisman. “They’re actually the ones who have provided us with all the information and access to the resource, and they’re the ones most interested in sustainability.”

Nearly a third of the world’s fish stocks are being harvested faster than they can reproduce, the study said.

Species that spawn seasonally in large groups are especially vulnerable because they are easier for fishers to locate and are plucked from the water often before they’ve seeded the next generation, according to the study, which is published in the journal Scientific Reports.