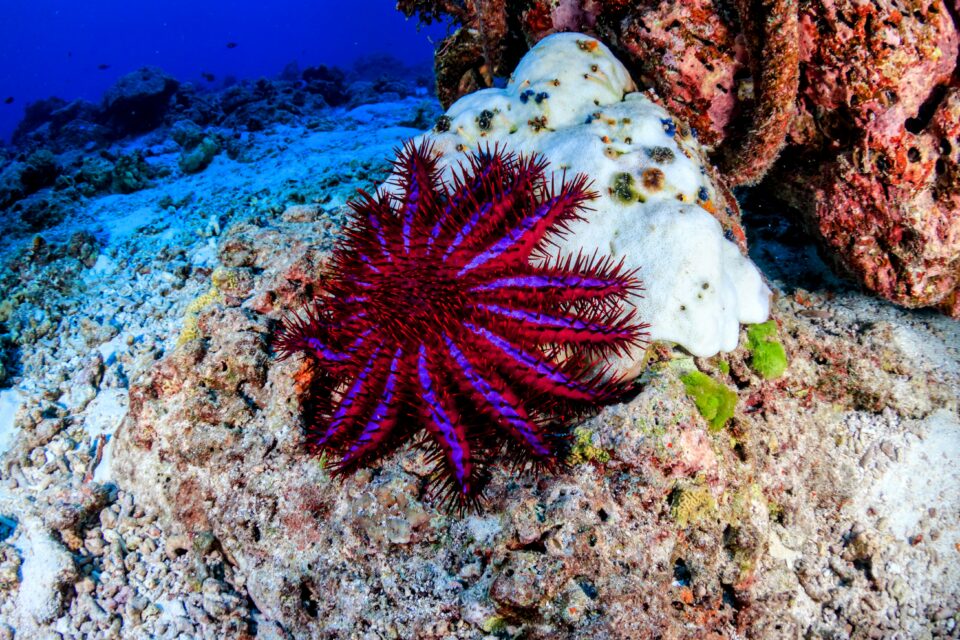 Crown-of-thorns starfish (Acanthaster spp.) are native to coral reefs in the Indo-Pacific. They are a major contributor to coral loss, since they feed on the living tissue of several hard coral species.

A new study published in the journal Nature Communications has found that reef fish such as tropical snappers, emperors, or rock cods, help keep the numbers of crown-of-thorn starfish in check on the Great Barrier Reef in the Indo-Pacific, thus protecting coral populations.

“More than 50 years ago concern was raised that removal of predators may contribute to starfish outbreaks. However, at the time only one predator of the starfish was known, the giant triton sea snail,” explained study lead author Dr. Frederieke Kroon, an ecologist at the Australian Institute of Marine Science (AIMS).

“Recent studies have revealed nearly one hundred species of coral reef organisms feed on different life stages of the starfish. Eighty of these are fish, including popular seafood species such as emperors, tropical snappers, and rock cods. Our study is the first to explore how fisheries harvests of these fish species may affect starfish abundance.”

Dr. Kroon and her colleagues compared long-term starfish and reef fish abundance data collected at reefs open and closed for fishing. They discovered that, on reefs closed for fishing, the biomass of emperors, rock cods, and snappers was 1.4 to 2.1 times higher and starfish densities almost three times lower than those on reefs that were open to fishing.

These findings may help develop new tools for controlling starfish outbreaks on the Great Barrier Reef and the Indo-Pacific region, such as targeted fisheries-based management.

“Starfish outbreaks continue to be a major cause of coral loss, but unlike other pressures like climate change, can be managed at local and regional levels,” Dr Kroon said. “Targeted fisheries-based management, in combination with current crown-of-thorns starfish management interventions such as direct manual control, could assist in further controlling outbreaks.”

“Large-scale, long-term data such as those used this study, as well as experimental studies are the best scientific tools we have to help understand the complexities of crown-of-thorns starfish outbreaks, and to implement effective and efficient management interventions for their control,” she concluded.