Fissures, fires and thousands of aftershocks after California earthquakes • 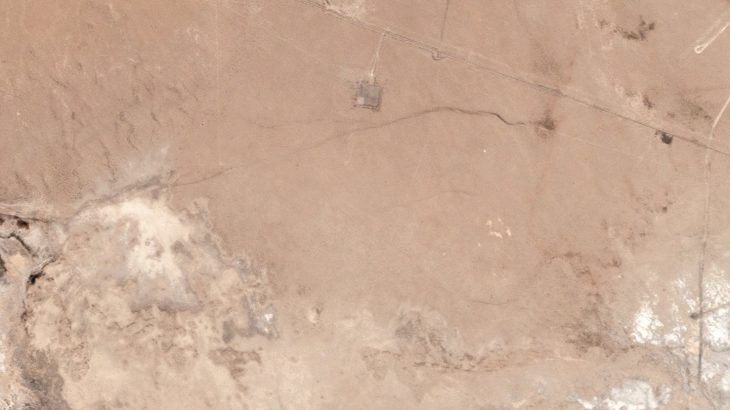 Fissures, fires and thousands of aftershocks after California earthquakes

Fissures, fires and thousands of aftershocks after California earthquakes. After a 7.1 earthquake struck Southern California on Friday night, a large fissure formed, stretching across the Mojave Desert eleven miles outside of Ridgecrest, California.

The earthquake was the second of two major tremblers to occur in the area, ending an unusually long Earthquake drought.

The first was a 6.6 magnitude quake that struck on the morning of July 4th. While no fatalities have been reported, the second larger earthquake opened cracks along a state highway, triggered electrical fires, and caused at least one building to collapse.

Satellite imagery from the company Planet Labs shows the huge fissure making its way across the desert.

It’s been decades since Southern California was hit by such powerful tremors, and the quakes have been categorized as strike-slip earthquakes, meaning that they were caused by two plates shifting horizontally and scraping past each other.

The quakes occurred in the shear zone of eastern California, where the Pacific Plate grates along the North American Plate.

Interestingly, the first quake broke two sections of faults that nearly cut across at a right angle, according to National Geographic.

Earthquake expert Dr. Lucy Jones accurately predicted that the first major quake was a foreshock, and thousands of more tremors are predicted to occur over the next few weeks.

However, the chances of another even larger quake occurring in that period are less than one percent, according to the US Geological Survey.

Ridgecrest and surrounding residents should prepare for lots more aftershocks, though.

“For a while, Ridgecrest was known as the earthquake capital of the world because it had so many small quakes,” Dr. Egill Haukson, a California Institute of Technology seismologist, told KTLA 5. “So, it’s not a surprise that the earthquake happened.”