Five-meter crocodile was once the "swamp king" of Queensland • Earth.com 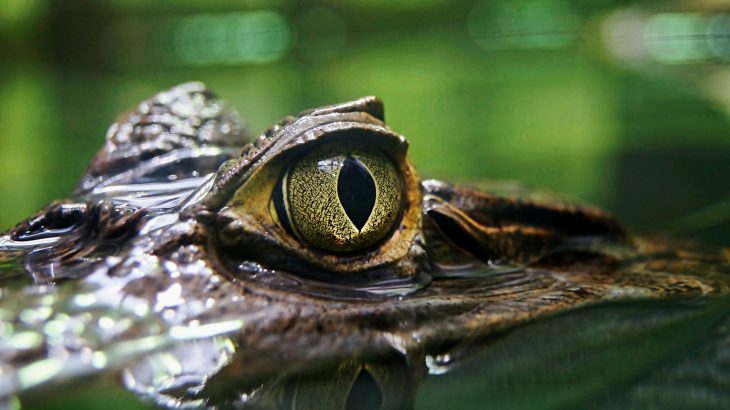 Five-meter crocodile was once the “swamp king” of Queensland

A few million years ago, a massive crocodile measuring more than five meters long dominated the waterways of southeast Queensland. The “swamp king” has been identified by experts at the University of Queensland based on their analysis of fossils that were uncovered in the 1980s.

According to study lead author and PhD candidate Jorgo Ristevski, the researchers named the species Paludirex vincenti after Geoff Vincent, who discovered the giant fossilized skull near the town of Chinchilla.

“In Latin, ‘Paludirex’ means ‘swamp king,’ and ‘vincenti’ honors the late Mr. Vincent,” said Ristevski. “For several years the fossilized skull was on display in the Queensland Museum, before it was donated to the Chinchilla Museum in 2011.”

Ristevski said that the swamp king was “one intimidating croc.” With a skull that measured around 65 centimeters, Paludirex vincenti would have had a body length of at least five meters, which is over 16 feet.

In its time, Paludirex was one of the top predators in Australia, and would have been capable of preying on giant prehistoric marsupials. “The waterways of the Darling Downs would once have been a very dangerous place because of it.”

Dr. Steve Salisbury, a senior lecturer in the UQ School of Biological Sciences, noted that various species of prehistoric crocodylians once existed in Australia.

“Crocs have been an important component of Australia’s fauna for millions of years. But the two species we have today – Crocodylus porosus and Crocodylus johnstoni – are only recent arrivals, and were not part of the endemic croc fauna that existed here from about 55 million years ago,” explained Dr. Salisbury.

“Whether Paludirex vincenti went extinct as a result of competition with species like Crocodylus porosus is hard to say.”

“The alternative is that it went extinct as the climate dried, and the river systems it once inhabited contracted – we’re currently investigating both scenarios.”