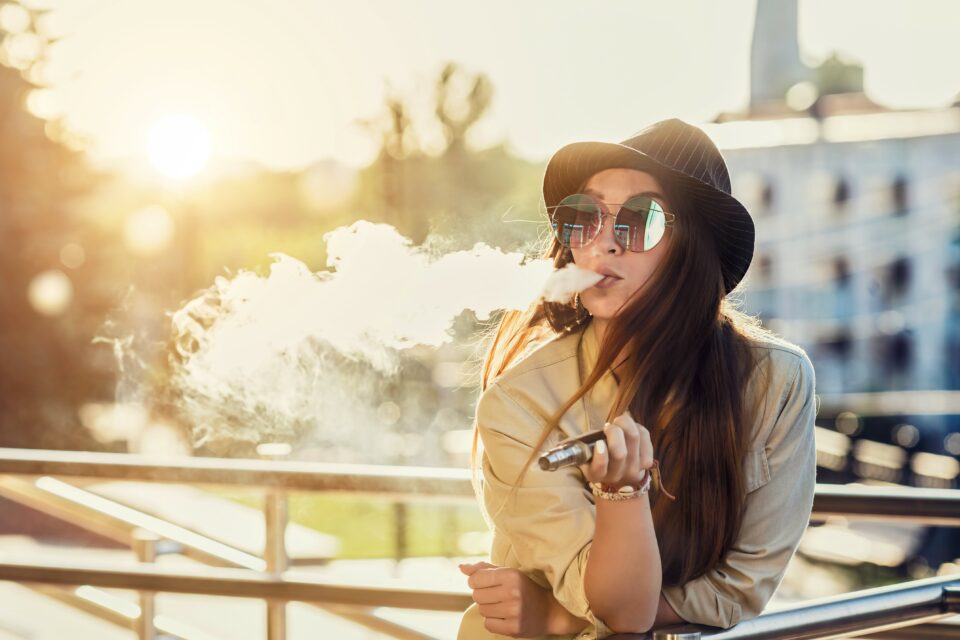 Flavored vapes have recently been regarded with just as much suspicion as traditional cigarettes. However, a new study from researchers at the University of East Anglia suggests that vaping is less harmful than smoking, and may make it easier to kick the habit.

“There has been a lot of concern that young people may start vaping because they are attracted to e-liquid flavors, and that it could potentially lead them to start smoking tobacco,” said study lead author Caitlin Notley.

“We wanted to find out more about the links between vape flavors, the uptake of vaping among young people, and whether it leads to regular vaping and, potentially, tobacco smoking.”

Examining 58 past studies, which cumulatively examined over 500,000 subjects, Notley and her colleagues find that “flavored e-liquids are an important aspect of vaping that young people enjoy. This suggests that flavored products may encourage young people to switch away from harmful tobacco smoking towards less harmful vaping.”

In other words, given the choice between vaping and smoking actual cigarettes, adolescents and young adults are more likely to choose the former, and are less likely to adopt traditional smokes afterward.

“Flavors may be an important motivator for e-cigarette uptake – but we found no evidence that using flavored e-liquids attracted young people to go on to take up tobacco smoking.” Importantly, Notley says she and her colleagues “found no adverse effects or harm caused by using liquid vape flavors.”

However, these results are not necessarily to be taken at face value. The researchers noted that previous research attempts did not very clearly define what they meant when they said “e-liquid flavors.” Without clear definitions, it’s hard to test and replicate the results of the study.

Still, Notley believes that “ensuring the continued availability of a range of e-liquid flavors is likely to be important in encouraging young people who smoke to switch to vaping as a less harmful alternative.”