For flies, smelling like food will get you a girlfriend • Earth.com 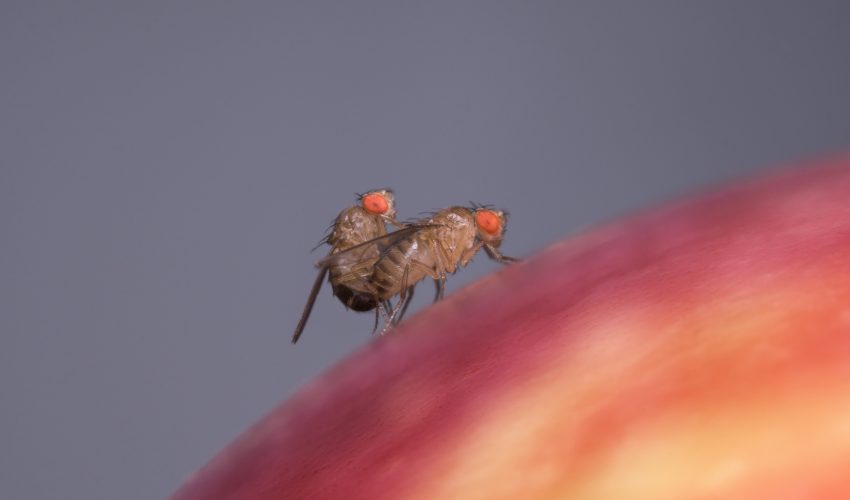 For flies, smelling like food will get you a girlfriend

Food odors can act as a potent aphrodisiac for the common fruit fly. According to a new study, certain scents enhance the smell of male pheromones and activate the olfactory center in unmated female brains.

The research was conducted by scientists from the Department of Evolutionary Neurotheology at the Max Planck Institute.

The study discovered that vinegar odor enhances the smell of male sex pheromones, which activates the glomerulus DA1 part of the female brain, but the effect was only found in unmated virgin female flies.

“We were able to show in our study that vinegar odor enhances the reactions of female flies to the male sex pheromone significantly. Both odors together intensify the activation of DA1,” said  Silke Sachse, head of the Olfactory Coding research group.

For the study, researchers mapped the neural signals in the brains of fruit flies to see how odor signals were received and processed.

The research team used functional imaging techniques in transgenic fly lines to visually track and monitor how the brain reacted to sex pheromones, vinegar, and both odors together.

Transgenic flies or transgenic animal lines are animals that carry the gene a different species, with the foreign gene directly inserted into the embryo and genome.

This allowed the the team to target the neurons that were responsible for carrying the signals activated by the two different odors.

The results of the study showed that glomerulus DA1 in virgin unmated females is activated and enhanced by both pheromones and vinegar, and this enhanced response increases the female’s desire to mate.

The researchers were surprised, however, that this response was only enhanced in unmated female flies.

It makes sense that food odors would enhance the fly’s desire to mate, as an abundant food source provides a higher chance of survival for both the fly and her offspring.

The more willing a female is to mate, the quicker reproduction can occur, which is critical given the short life-span of a fruit fly.